The results of stylometric authorship attribution studies are strongly influenced by four choices:

Discriminant analysis is a statistical technique to classify objects into known categories based on a set of features about those objects. The technique was developed by Sir Ronald Fisher, a botanist. He illustrated the technique by classifying iris flowers into three species using four features – the length and width of sepals and petals (Fisher, 1936). 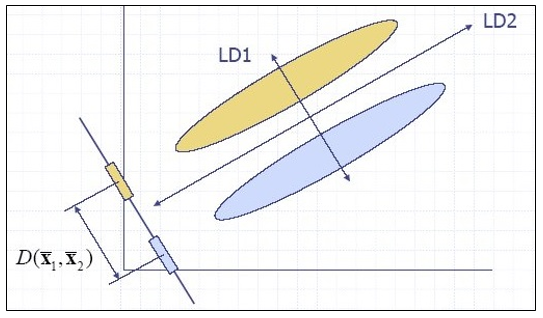 n our stylometric work we have observed the utility of SDA to choose the words to use as distinguishing features in authorship attribution studies. This observation agrees with work done by other researchers (Smith and Aldridge, 2011). From a comprehensive list of non-contextual words, SDA identifies the most discriminating word first and subsequent words in descending order of discriminating ability. It stops when none of the remaining words add to the discriminating ability of the set of words. Thus, we end up with a subset of words that are the best predictors of authorship.

Another approach often used to select distinguishing features for authorship attribution is to use a list of the most frequent words listed in descending order of frequency in a set of representative texts of the candidate authors’ works. Consequently, we considered this research question:

For a given set of authors and representative texts, and using Burrows’ Delta as the analytical method, will the most distinguishing words (MDWs) identified by SDA give more distinguishing power in the analysis than using the most frequent words (MFWs) approach?

The corresponding null and alternative hypotheses are:

H 0: Using non-contextual MDWs selected by SDA is not more distinguishing among candidate authors than using a set of MFWs.

H a: Using non-contextual MDWs selected by SDA is more distinguishing among candidate authors than using a set of MFWs.

To answer our research question, the metric we used for a set of words’ distinguishing power was the difference in Burrows’ Deltas for the two authors with the smallest Deltas to that text. If the null hypothesis is true, the differences between Deltas should be about the same whether using MDWs or using MFWs. If using MDWs produces larger Delta differences than using MFWs, that evidence would support the alternative hypothesis.

To conduct the study we used The Federalist Papers, commonly used for testing the usefulness of authorship attribution methods. The Federalist Papers are well suited to the problem as there were a total of 85 published papers written by Alexander Hamilton, James Madison and John Jay. Fifty-one were known to have been written by Hamilton, fourteen by Madison, five by Jay, and three written jointly by Hamilton and Madison. Twelve had disputed authorship, but have subsequently been studied extensively and are commonly attributed to Madison.

Using only the 70 papers of known authorship as the representative texts, we applied SDA and selected the MDWs from a large list of non-contextual words, and then calculated Burrows’ Delta distances for each paper to each of the three candidate authors. We compared these results to the results of using sets of MFWs ranging from 50 to 500 words in increments of 50 words. 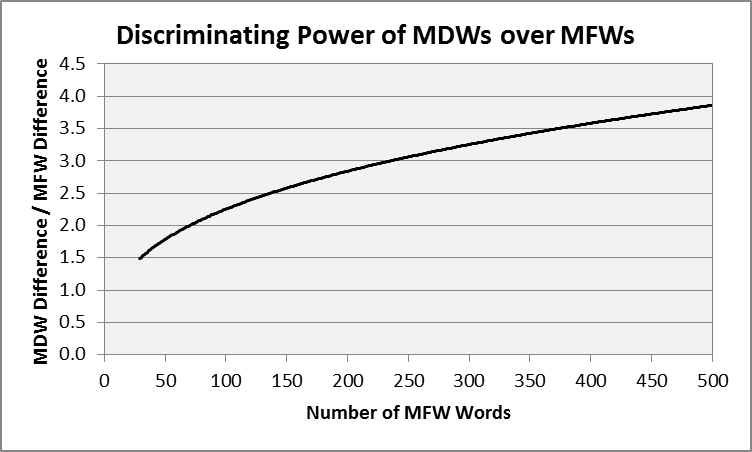 Figure 2. Comparison of the discriminating power of MDWs vs. MWFs

To understand why this occurs, examine table 1 and notice where each of the 29 MDWs appears on the MFW list.

Table 1. Comparative ranking of MDWs and MWFs for The Federalist Papers

Words in a list of MDWs often are not included in typical MFW lists. For example, note that the word, whilst, is the third most discriminating word selected by SDA and yet it is not even in the top 1000 MFWs. Even though Mosteller and Wallace identified whilst as a key indicator of authorship for the disputed papers, MFW lists of less than 1231 words would miss this highly distinguishing word. Notice further that 12 of the 29 MDWs are not even in the top 200 MFWs. So using MFWs will miss many highly distinguishing words.

Thus, we reject the null hypothesis and assert that MDWs provide more distinguishing power between the Deltas for the two closest authors to the texts to be attributed as compared to MFWs. Our results show that MDWs can provide greater sensitivity than MFWs in discovering stylistic word-choice differences among candidate authors. The finding that it only takes 29 words selected by SDA to correctly classify all of the disputed Federalist Papers is a striking example of the power of using SDA-selected MDWs, since over 350 MFW words – more than ten times as many words – were required to achieve the same results.

Although some research has shown that variations of Delta may perform better than Burrows’ original formulation (Evert et al., 2015; Hoover, 2004), we have found that using modifications of Delta does not improve the performance of MFWs relative to MDWs.

We conclude greater discriminating power can be achieved with a small set of MDWs chosen by SDA than with even large sets of MFWs. Using SDA-selected MDWs a researcher is more likely to make correct attributions and may be able to do it with fewer representative texts and for smaller texts. As a result, a researcher will have a greater likelihood of discovering new insights about the possible authorship of unattributed or disputed texts.