The design of serious, humanities-rich games is a challenging process full of difficult problems. Of particular interest to us is the development of humanities games that might appeal to the general public and compete with commercial games. The Garden, is a high level prototype that allows players to explore the world of Hieronymus Bosch and his painting, The Garden of Earthly Delights. The Garden prototype focuses on concept, level design and game mechanics and was submitted for review in competitions such as IndieCade. Although the level of polish of the prototype was not high enough for inclusion in mainstream festivals, the concept and game elements were enthusiastically received by the jurors. Our development focus has now shifted to review of the educational content and the development of narrative and characters before the final phase of art asset creation and polish. We are looking for input and feedback from the digital humanities community to improve the educational content and gameplay. Visitors to the demonstration will be able to play the prototype, complete surveys and join in the discussion to help make this a better game for humanities outreach.

To play the game, players take on the role of Godefroy, a tormented denizen of Musician’s Hell who is confined by fiery borders within a small patch of the underworld. As Godefroy, the player tries to escape hell by figuring out the secret of each NPC in order to possess them. This is the only way for the player to interact with different areas of hell and win the game.

Mechanics are used to connect the game play to the educational goals of the project. One example is that of engaging the player with history and material culture through the manipulation of identity. As the game location is Musician’s Hell, each of the NPCs is drawn from a diverse cast of historic troubadour or trobairitz. General audiences have preconceptions about the Middle Ages and Early Renaissance that are limited, and sometimes incorrect, that they have learned from popular culture. The possession mechanic was developed specifically to engage players with these characters in order to deepen understanding of the culture: musicians could be females or Jews, for example, with rich histories and personal lives. Not only do the players engage in dialogue, but they also must possess each of the characters and take on their identity in order to progress the game. This gives an opportunity to see the world from that NPC’s perspective.

The game environment is filled with themes derived from the painting itself. The player is immersed in a world where everything is watched and counted. The object in this interpretation was not to recreate the painting but to interpret it in a way that would resonate with the contemporary players. Players encounter an underworld different from those commonly depicted so that they may connect with Bosch’s themes: For example, the importance of being able to see past the superficial, material surface to the spiritual truth of worldly choices and actions. In The Garden this is expressed by the environment. Here, Hell is beautiful and invites exploration but poisonous secrets are buried beneath the façade. The player must search for a way out by jumping from soul to soul while avoiding the relentless demon horde run by the bureaucrats of Hell. Along the way, to face the awful overlord Mallebisse, they uncover a story of lust, jealousy and betrayal. Overall, the game puts them in the position of questioning who they really are and what the ultimate objective is in a way, we hope, that parallels Bosch’s understanding of choice and salvation. 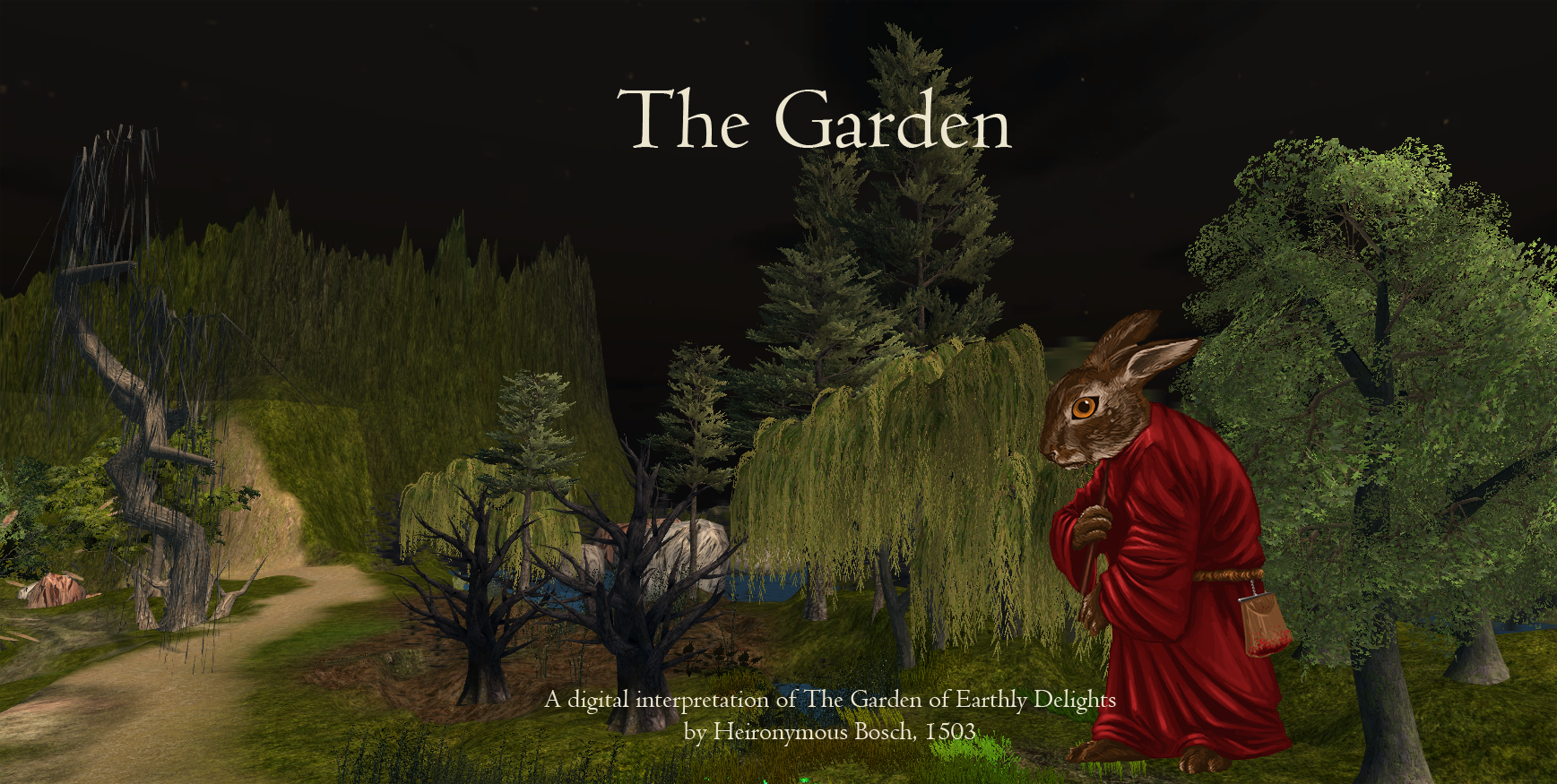