An interdisciplinary team of researchers has built a new multimedia editorial tool: the eTalks (Clivaz 2014; Clivaz et al., 2015a; Clivaz et al., 2015b; EADH projects, 2016), based primarily on speeches of scholars. Simple videos or MP3 recordings of lectures may prove insufficient to many researchers since they are unquotable in detail and they do not offer the possibility of being combined with text, images, hyperlinks, and references. Until now, no tool has been available for creating a carefully edited product that includes text-image-sound, all entirely quotable in details: yet, this is what we have achieved with the eTalks [http://etalk.vital-it.ch/mooser/mode-demploi-en/].

In creating the eTalks, we were motivated by the fact that academic publications and pedagogy have been deeply reconfigured by the emergence of a new kind of knowledge produced by the synergy between text, image and sound. As Tanya Clement points out, diverse Digital Humanities (DH) pedagogies, such as new media studies and game studies, can be characterized by looking at multiliteracies “that are engaged within undergraduate humanities curricula through general skills, principles and habits of mind that allow students to progress within and engage society in the twenty-first century” (Clement 2012). Academic publications in Humanities are slower than pedagogy in terms of the testing of multimodal literacies. However, different tools are now able to present slides joined to videos of scholarly talks, such as Slideshot and Dashboarding [http://slideshot.epfl.ch/play/cops_binney; http://www.infoq.com/presentations/dashboard-data-analysis?utm_source=infoq&utm_medium=related_content_link&utm_campaign=relatedContent_presen], but they cannot be quoted in detail. Scalar, a very impressive multimodal tool, proposes to “create interpretive pathways through the materials”[http://scalar.usc.edu/about/], privileging users’ points of view. The eTalks claim to rely on the scholar’s oral talk as a leading way among multimodal materials while giving the users the possibility of reconsidering the auctorial point of view by directly accessing all the quoted sources. 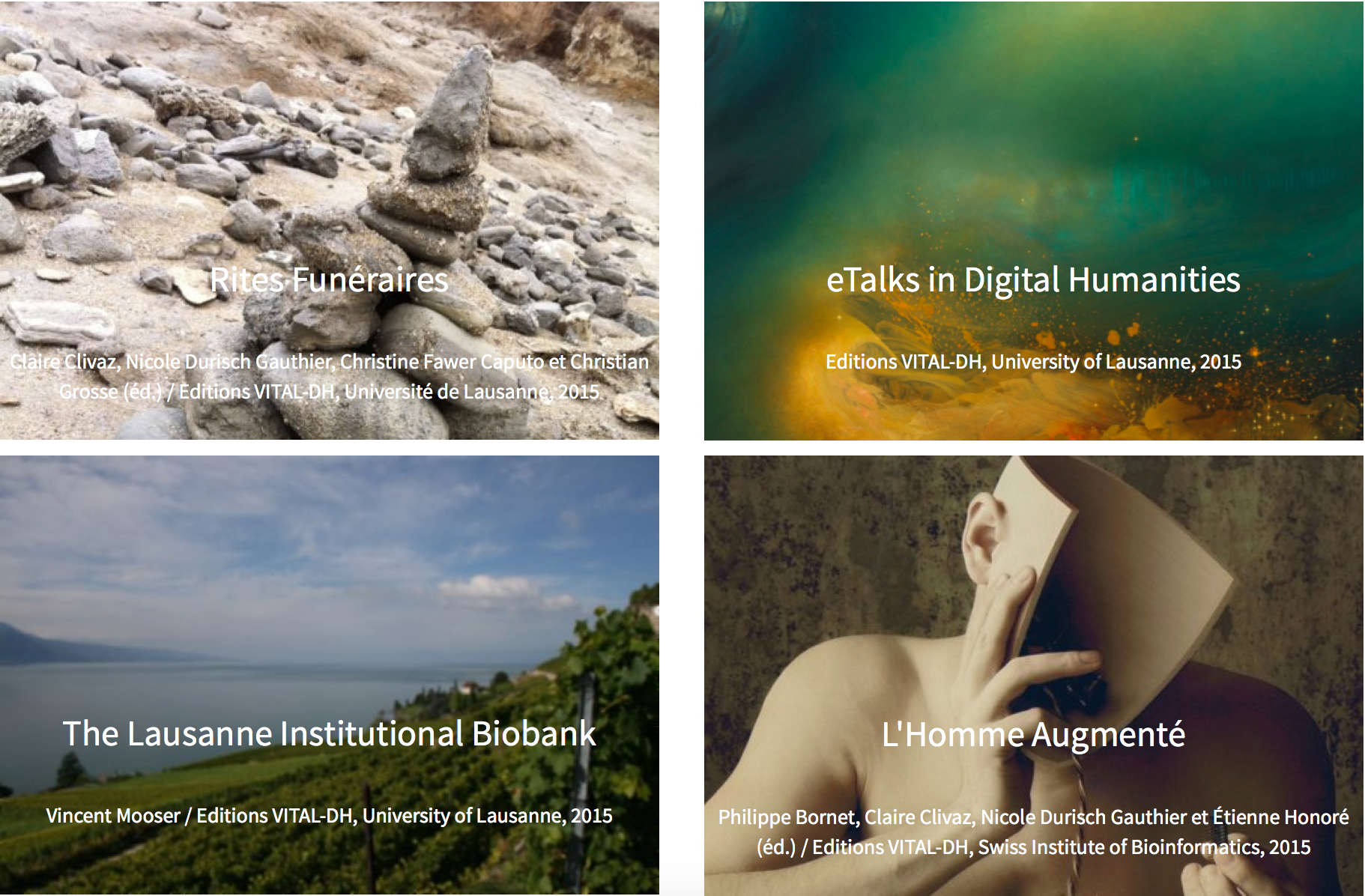 The eTalks application implements an easy-to-use editor interface, designed for the use of researchers themselves, allowing for the creation and editing of original enhanced talks. This permits the linking together of images, sounds and textual materials by means of hyperlinks, thereby enriching the content with relevant information. The result of the editing is displayed through a viewer interface, allowing one to experiment with the entire eTalk or to actively navigate, scroll and search inside its content. After recording the speech of the scholar, the Audacity software allows for the splitting of the speech into pieces of 2-3 sentences. Each piece of speech can be associated with its written version, a slide, images, or hyperlinks and so forth. Each piece is also quotable with a specific URL: a new kind of reference. Thus, the final release of eTalks allows for the complete ‘citability’ of its contents: each and every portion of the researchers’ talks can be precisely referred to and therefore cited, just like any traditional, paper-based scientific publication but with all the potential for plural literacies.

The core of the eTalk engine was developed in JavaScript and the code is now available as open source on Github as a free application for further development. The eTalks are currently being further developed and disseminated by an interdisciplinary team of researchers in Digital Humanities and bioinformatics at the Swiss Institute of Bioinformatics (Lausanne). Four series of eTalks have thus far been published as openly accessible: twelve on funerary rituals, nine on the enhanced Human, two on the institutional biobank of Lausanne, and one in Digital Humanities [http://etalk.vital-it.ch]. The eTalks are now in development by institutional and research collaborations, notably the Pedagogical High School of Lausanne (HEPVaud) and the ERASMUS+ #dariahTeach project, whose purpose is to offer a webportal by 2017 that will include digital teaching modules [www.dariah.eu/teach].

We will present eTalks’ main features in our poster, and in particular the question of copyrights: to be able to quote several images, the team had to learn the basic rules of the relevant Swiss laws, and how Wikipedia commons work in Switzerland; furthermore we plan to develop European test-cases. We have also learned to negotiate with the authors and to convince them to rather use open access material. In difficult cases, we consult specialized people. Such obstacles had to be navigated and new skills acquired by our team as new, necessary knowledge. We will secure the interoperability of our data, and progressively introduce videos, and purl references.