Modeling as Discourse: The case for 3D

In 2004, Willard McCarty characterized the Digital Humanities as “an experimental practice”, with modeling at its core: “the way to a computing that is of as well as in the humanities: a continual process of coming to know by manipulating representations” (McCarty, 2004). McCarty’s proposition embraced the open-endedness of models, yet this quality tends to be forgotten in the face of 3D’s sensory immediacy, with the result that such models tend to be perceived as static. Diane Favro, a longtime proponent of 3D modeling for architectural historical research, has acknowledged that “while observers intellectually acknowledge that the virtual re-creation is an approximation, not a doppelgänger for a past reality, this concept is almost immediately subsumed by the experiential power of the presentation” (Favro, 2006). This seems to hold true regardless of the model’s realism. Recent attempts to mitigate this effect emphasize the metadata and decision making processes behind 3D models, whose claim to scholarship is substantiated by virtue of their being supported by a database of textual, graphic, and quantitative sources (Saldaña, 2015). Anyone who has worked on 3D historical models, however, can attest that the act of compiling and layering of source data only reinforces the ultimate inability of such multiplicitous archives to present a coherent picture of the past on their own terms, let alone generate a truly representational or mimetic 3D model. Despite this, it is difficult to prevent even the database-driven 3D model from slipping back to the mode of uncritical simulation.

Simulation intentionally obscures the digital means of production in order to present a more convincing version of reality, in the service of a predetermined purpose. The origins of virtual reality simulation are coincident with the post-WWII military-industrial complex, with military training schemes being some of the primary instigators and funders of computer graphics simulation research (Penny, 2004). The anti-discursive nature of simulations is embedded in their interfaces, which invite the observer to experience the space in as natural a manner as possible, whether through embodied movement or the abstracted kinesis of mouse clicks. The pedagogical implications for academia are clear. VR training programs used in medicine, aviation, and the military rely on the repetitive, unthinking response of users to train them in a particular behavior (Penny, 2004). But what of the open-endedness of the humanistic modeling project? The automatic assumption that 3D space maps real space obscures the relationship of 3D modeling with critical theories of modeling practice in the humanities. Can 3D models be recouped from the totalizing logic of simulation?

This paper attempts to access this underexplored theoretical potential of 3D by proposing a reconceptualization of 3D modeling in the Foucauldian sense of discourse, rather than representation. Foucault’s idea of discourse was not meant to uncover an underlying definitive meaning of a given text or object, that elusive “knowledge” to which so many scholarly 3D models aspire. Rather, discourse is meant to uncover the “rules that are revealed when an object of discourse is modified and transformed”, which often involve implicit power structures (Philp, 2013). 3D digital models, which embed and incorporate many types of information, have the capacity to bring these layers of knowledge into dialogue with each other so that the underlying assumptions inscribed in them are revealed.

This paper will examine two of the author’s projects as ongoing attempts to mine the discursive power of 3D modeling in different ways. The first case study is an exploration of the vocabularies of ancient Roman architecture at Magnesia on the Maeander. The project directly engages with the concept of ‘rules’ that allow the formation of discourse as a “system of possibility for knowledge” (Philp, 2013). In the context of procedural modeling, the methodology used here, rule is a technical term denoting the scripts that generate 3D visualizations, and it also accurately describes the heuristic process of modeling. In writing the procedural rules, the modeler seeks to match a proleptic model with a mimetic one, continually negotiating the gaps between conjecture and representation. This process becomes discourse when the rules that result begin to delineate the shape of knowledge formation itself. Procedural modeling goes part of the way towards formulating a discursive approach to the process of modeling. As a finished product, however, 3D procedural models are indistinguishable from their non-discursive counterparts (Fig.1). 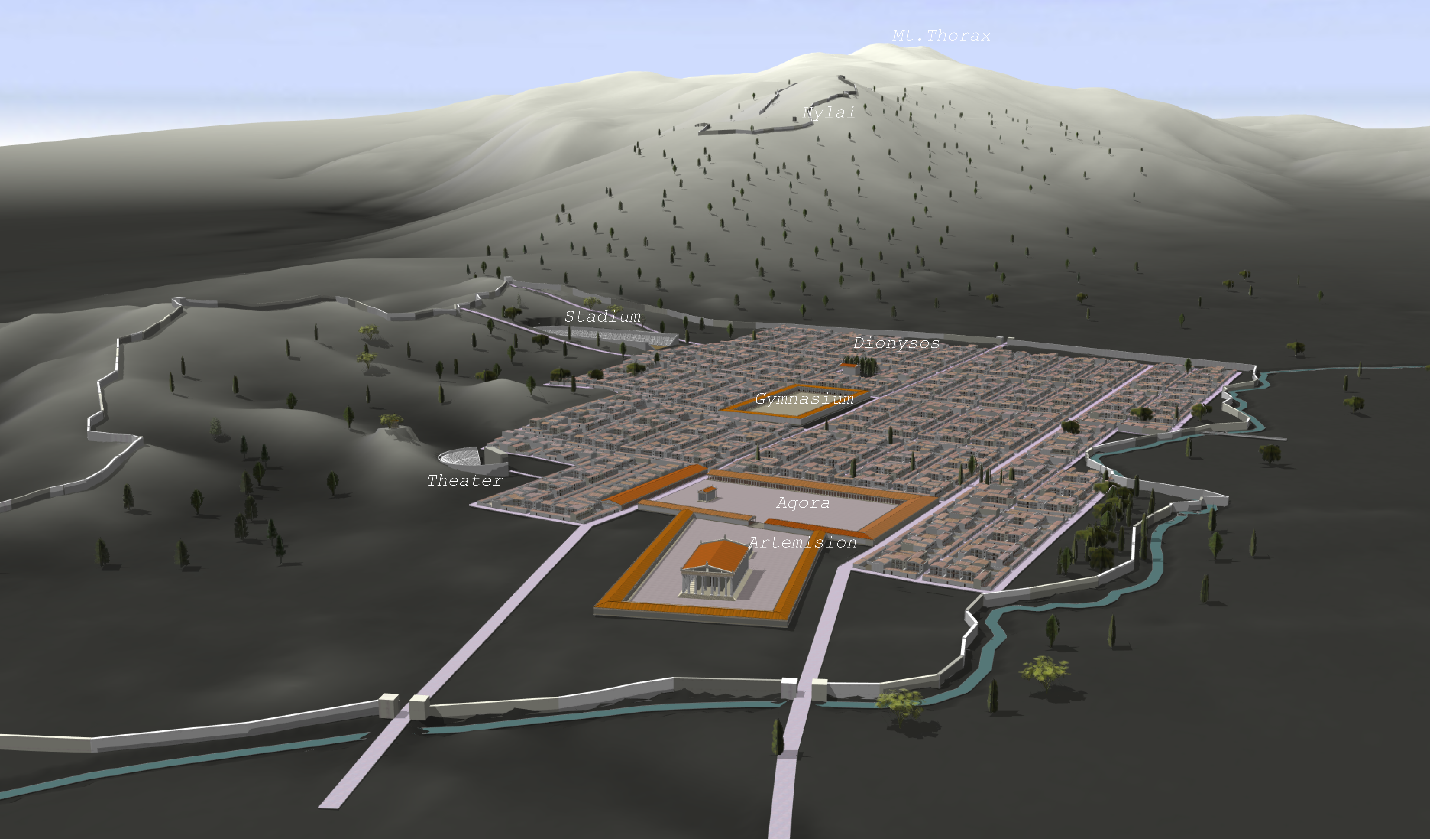 Fig.1 3D procedural model of the Hellenistic city of Magnesia on the Maeander

Another possible answer involves dissolving the link between 3D space and representational space. The second case study is an application built in the Processing development environment that takes as its object of study the Manhattan Transcripts by Bernard Tschumi (Tschumi, 1981). Like the archaeological data behind the 3D city model of Magnesia, the Manhattan Transcripts comprises different representational modes to form a narrative that leaves many gaps open to interpretation. Originally displayed as an exhibition and later published as a book, Tschumi’s work contains 24 sets of 3 images for the same event, expressed as plan, diagram, and rendering. The digital application attempts to bring these images into dialogue with each other through the medium of 3D space by separating them and recombining them in various ways (Fig.2). 3D space here serves the discursive function of exposing the images’ areas of overlap and discordance in combinations and sequences not possible on the printed page or gallery wall. The sets of photographs, drawings, and movement diagrams can be viewed side-by-side or as semi-transparent layers thus making it easier to investigate the correspondences and differences between each representational mode. In addition, the images can be viewed all together or sorted by medium. Using the keyboard, the images can be cycled like frames in a film, highlighting Tschumi’s own references to the medium of cinema.

The use of 3D media in the humanities has come of age in the last 15 years and its function as a critical apparatus is still in the process of development. Projects that treat 3D models as more than representational tools have the capacity to expand and illuminate this increasingly widespread form of digital culture. Particularly important is the need for theoretical discourse that resists the intentionality of 3D simulations and provides alternative modes of generative, non-determinant modeling. The case studies mentioned in this paper are but two partial answers to this challenge, part of a growing effort by a contingent of artists and researchers interested in the critical potential of 3D models.