The purpose of this study is to determine the extent to which online roleplayers 1 make use of language in the construction of narrative. Using computational approaches to text analysis, we compare in-game chatlogs of roleplayers with those of non-roleplayers. In doing so, we identify the particularities of the language of roleplay. Our findings are significant in that they macro-analytically demonstrate the differences between the narrative language of roleplayers and the objective-driven language of traditional players. While these differences have already been analyzed by other researchers, this study is the first to offer a thorough account of them using quantitative methods.

Roleplay is both a historic and present practice, dating as far back as ancient Greece (Corsini, Shaw and Blake, 1961). Throughout the 1970s and 80s, face-to-face roleplay surged in popularity with the advent of renaissance fairs and tabletop games such as Dungeons and Dragons (Barton, 2008). Today, MMORPGs (Massive Multiplayer Online Roleplaying Games) 2 are believed to enjoy over 47 million collective subscriptions. Research on the communication habits of online roleplayers provides insight into the contemporary refiguring of this long-running narrative and representational practice. The existing research on roleplay in video games relies on qualitative methods and focuses on games that have since waned in popularity. Our game of choice is World of Warcraft, commercially one of the world’s most popular MMORPGs (Bainbridge, 2015), and thus a rich and legitimate source of data. We approach the analysis of this dataset using a range of computer-assisted methods.

For the purposes of this study, we gathered two sets of data:

We applied a variety of Digital Humanities methodologies to our dataset in an effort to extrapolate the differences in language of interest to this study. Our experiments included:

As can be seen (see Fig. 1), the majority of words in the non-roleplay sets are related to objective-based gameplay, whereas in the roleplay sets, there is a dominance of emotive and descriptive words relating to interactions between characters.

We were able to obtain both roleplay and non-roleplay chatlogs from the same group of players (Guild A), allowing us to perform a valid stylometric analysis (see Fig. 2) to determine if there is a stylistic separation between the language used in roleplay and non-roleplay. We conduct the Delta analysis using R, which shows that the linguistic styles of these player groups are distinct.

Our Zeta analysis reveals those words which are distinct to each group. Words particular to the non-roleplayers include objective-based terms such as “dps” (damage per second), and slang terms such as “nerf” (overkill). Meanwhile, the roleplayers tend to use descriptors of body language (e.g. “looks”, “nods”,“stares”, “glares” and “grins”) and otherwise emotive terms (e.g. “cheers”, “breath”, “growls”).

Sentiment analyses of the non-roleplay chatlogs reveals that the language of non-roleplayers, as would be expected, remains, from the perspective of sentimentality, consistent throughout. The results of the analysis of the roleplayers (see Fig. 3) are interesting in that the sentiment oscillates to a significant degree, demonstrating a high degree of verbosity in the language that they use.

While a difference between the play styles of roleplayers and non-roleplayers has often been assumed by researchers based on players’ self-identification, our study confirms a real distinction between roleplay and non-roleplay in terms of language. We have shown quantitatively that the language of roleplay is more emotive, narrative, and verbose than that of non-roleplay. MMORPGs can provide a platform not only for interactive play, but also for interactive storytelling or group narrative construction.

Of particular significance is our finding that roleplayers frequently describe their avatars’ body language. Through use of descriptors such as “looks”, “nods”, “stares”, “glares”, “grins”, etc., roleplayers adapt to limitations in the control of their avatars by verbally recreating non-verbal cues. Analyzing the complex interplay of roleplayers' chat descriptions and the actual movements of their avatars can help us to better understand the challenges and potential of virtual forms of embodiment. It can also assist game designers in better accommodating the needs of a dedicated subpopulation of players.

Methodologically, our choice to seek chatlogs from roleplay and non-roleplay guilds, rather than rely solely on our own in-game chatlogs, is a strategy that can be of use to other researchers. Guilds in World of Warcraft frequently store—and, in the case of roleplay, even clean—their own chatlogs, which can provide a focused dataset.

Overall, this research demonstrates the potential for increased intersection between games studies and critical DH methods. Our study provides the statistical evidence necessary to further extrapolate how roleplayers use language to create their own storylines, invent character personalities, and develop meaning in the context of a game’s fictional world. In this paper, we will further detail the outcomes of our analyses, and offer a number of interpretations founded upon our results. 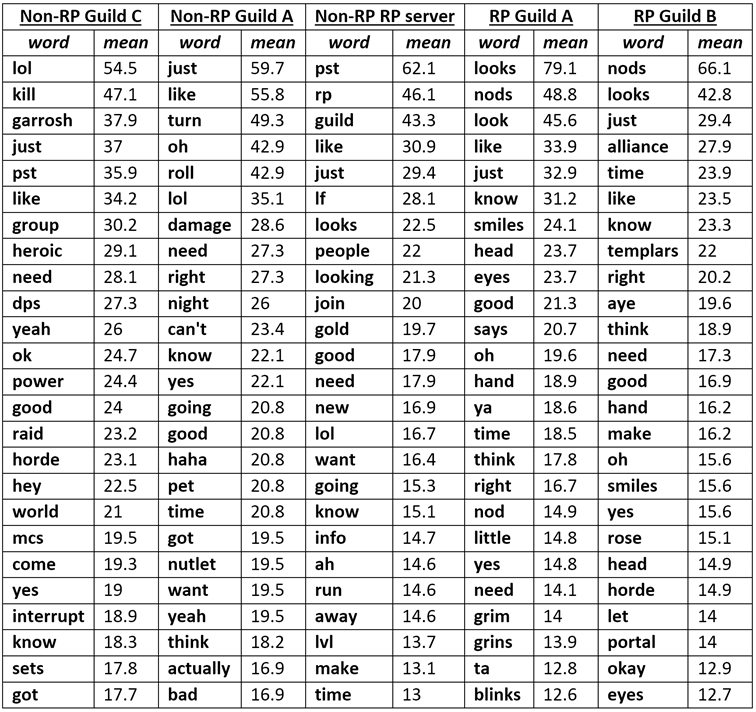 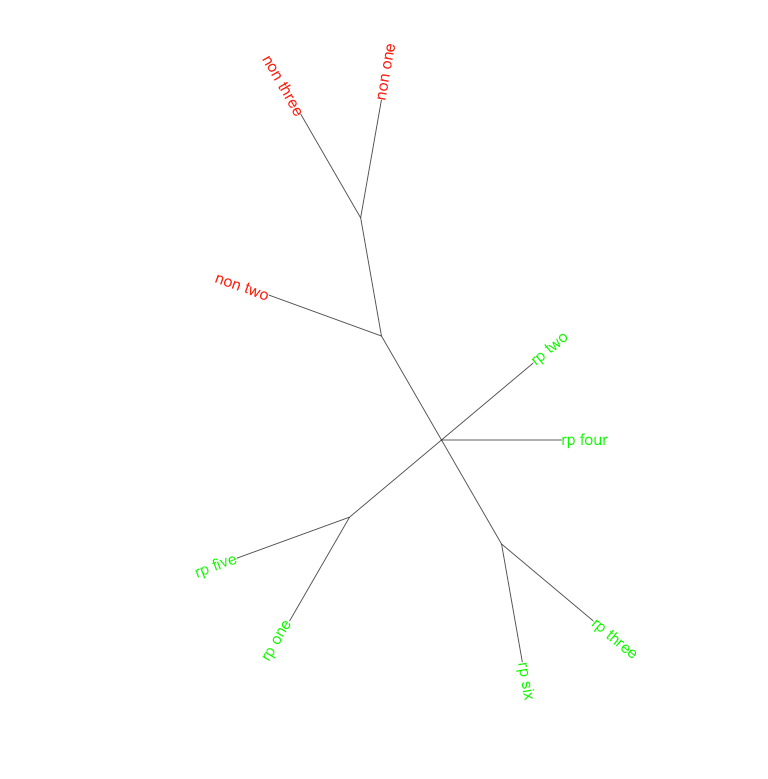 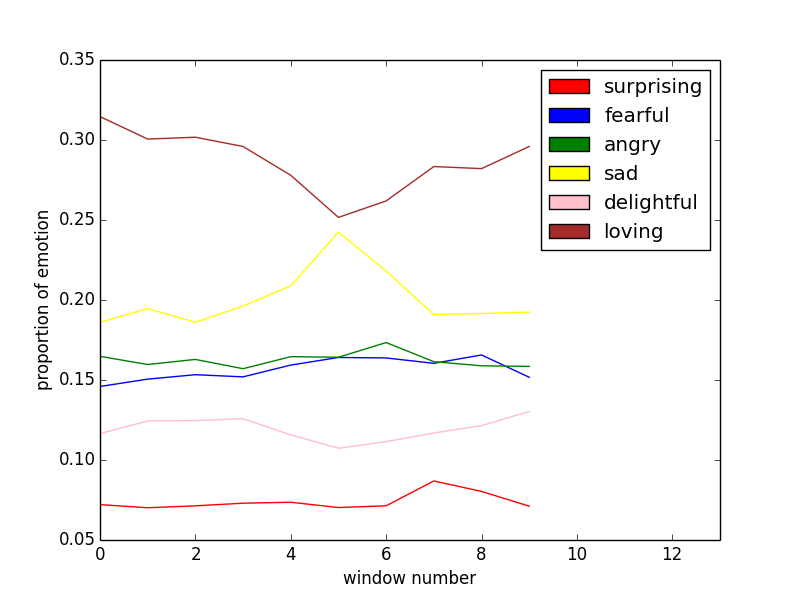 Roleplay in videogames refers to users remaining “in-character” while playing the game. While roleplaying, users use performative communication, interacting in a manner suited to their character’s personalities, and remaining constrained within the established limits of the game’s backstory.

A Massively Multiplayer Online Role-Playing Game, or MMORPG, is a roleplaying videogame that takes place in a persistent Web-based world. This world is shared by a large player base interacting within a common environment for the purposes of socialising and playing the game in both an individual and collective manner.