Language use performs as a screen or filter to reality, reflecting speakers’ perception and organization of the world around them (Wardhaugh, 2002). In language, modality deploys various kinds of meaning filter (types of modal expression) which variously color and modify our conceptualizations of the world and enable us to represent it with such purposeful diversity (Hoye, 2005). Modality acts as stance-taking or attitudinal qualifications, e.g. necessity (must, should) and possibility (can, may), expressing the speaker’s opinion of a proposition or a predicate and its subject. Simon-Vandenbergen (1997) shows that modal certainty is an important feature of the discourse of political speakers and give a functional explanation of modal selections in political interviews. Garzone (2013) conducts a corpus-based study to show the decline in the use of “shall” in U.K. legislative texts and the use of other modal/non-modal substitutes for the somewhat offensive “shall.” In this paper, we examine modality use in a corpus of historical news to observe the rhetorical stance of government propaganda at a time of governance crisis. The results indicate that a strong sense of moral persuasion and demand was manifested by significant modal use for social responsibility.

Theoretical studies to modality include generative, cognitive-pragmatic, and typological approaches (Hoye, 2005). The central notions to linguistic modality in typological sense are possibility and necessity (Lyons, 1995). We adopt Li’s (2004) Chinese modal system which was derived from an English modality framework (van der Auwera and Plungian, 1998).

The corpus for our investigative purpose is the 228 event Taiwanese news archive, published by the 228 Event Memorial Foundation to compile local news articles during a short period, dated from 2/28/1947 to 5/15/1947, of widespread riot after Chinese takeover of Taiwan at the end of World War Two. The current study focuses on news articles from Taiwan Shin Sheng Daily News (TSSDN), controlled by the government at that time, while all private news publishers were shut down one week after the incident erupted. As a baseline benchmark, we use the Academia Sinica Balanced Corpus of Modern Chinese (Sinica Corpus), designed to be a balanced collection from different areas of genre, style, mode, topic, and source (Huang and Chen, 1992). The two corpora are both Mandarin (modern Chinese) without notable language variants and are considered as comparable.

For both TSSDN and Sinica corpora, we use CKIP segmentation and part-of-speech (POS) tagging for first-line processing (Chang & Chen, 1995). The size of the TSSDN corpus is a total of 0.237 million word tokens. The Sinica Corpus (version 3.1), dated approximately from 1981 to 1997, contains a total of 5.738 million word tokens, which is about 24 times the size of the TSSDN corpus. For the purpose of comparing modal use in the TSSDN corpus and the Sinica corpus, the following procedure was used to extract and observe respective modal use distribution.

Step 1. For each word token in the list of common modal verbs, extract sentences that contain the specified word token with the POS tag of auxiliary verb.

Step 2. Rank the modal verbs by its occurrence frequency, i.e., the number of the extracted sentences for each modal verb.

Step 3. Exclude the bottom half of the list of modal verbs that show insignificant use and compare the use of significant modal verbs with both absolute frequency and normalized frequency (per million word tokens).

Step 4. For the TSSDN corpus, assess each sentence in use of a modal verb and determine its actual modal type.

Step 5. Compile the actual use frequency of the modal types in the TSSDN corpus.

Step 6. Compile the top five verb semantics following the use of each modal verb for observing the association of modal sense and semantic notion.

An initial frequency observation on the list of common modal verbs in the TSSDN corpus is shown in Table 1. This led us to focus on the top half of the modal verbs that are clearly of more significant use in the investigated corpus.

In Table 3, we aggregate three pairs of modal verb variants of the same semantic notion and re-calibrate the relative amount of modal use in the two corpora and one sub-corpus. The comparison shows that the use of應 ying1, 應該 ying1 gai1 (should) and須 xu1, 必須 bi4 xu1 (must) in TSSDN corpus are significantly frequent than in Sinica corpus and its newspaper sub-corpus, while the use of the other modal verbs are somewhat comparable. This indicates that TSSDN corpus contains a strong attitude and stance through the unusual emphasis of should and must.

Table 3. Benchmark comparison of modal verbs use in semantic notions

Next, we observe how the use of modal verbs is distributed in the modal system to depict various aspects of attitude and stance. Each occurrence of a modal verb in a sentence is categorized in modal type by independent coders. Disputed codes are discussed to reach consensus decision. Table 4 breaks down the occurrence of modal type expression by the poly-functional modal verbs. The results reveal an extremely high concentration on the modality type of obligation, signaling a heavy dose of demand and persuasion of social responsibility from government propaganda. 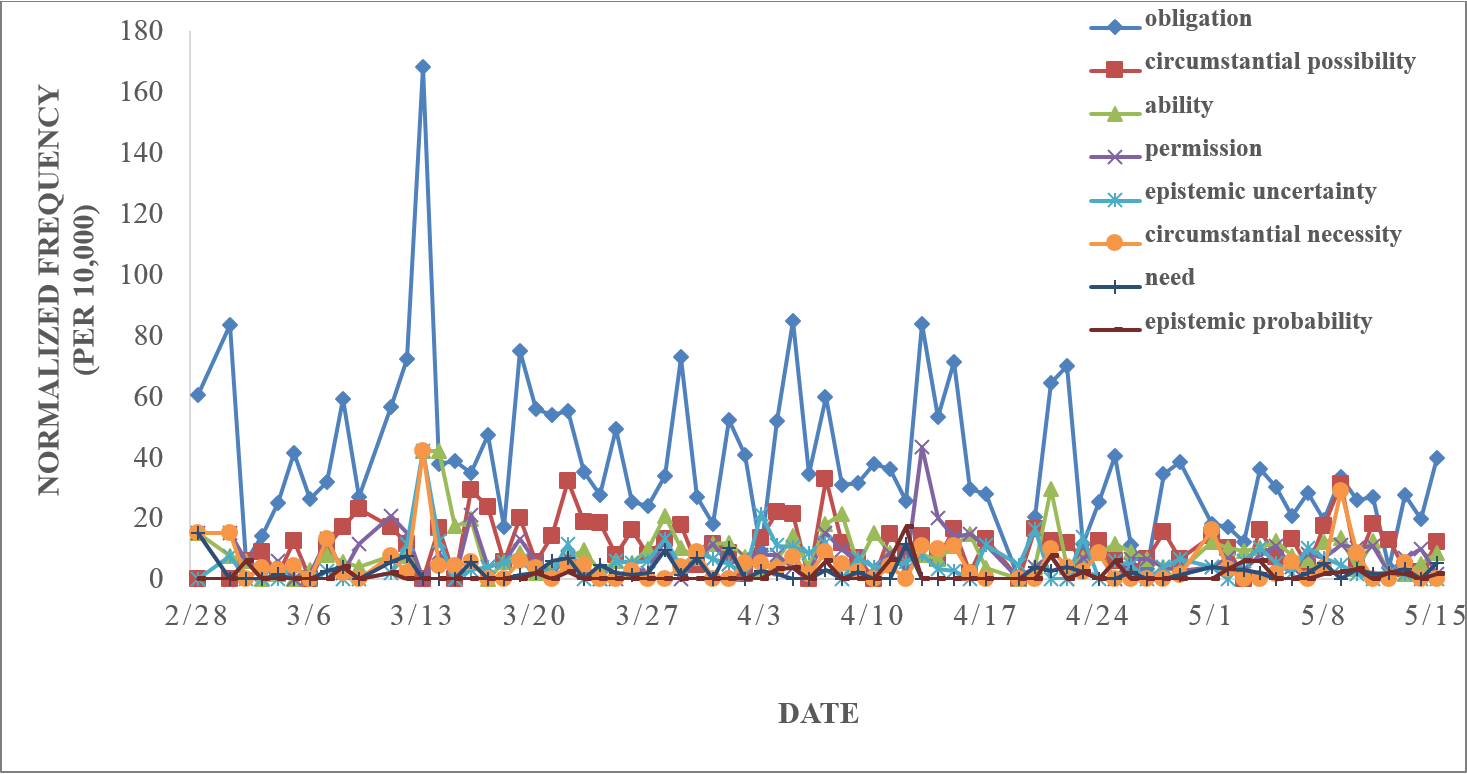 Figure 1. Chronological occurrence of modal types on a daily timeline 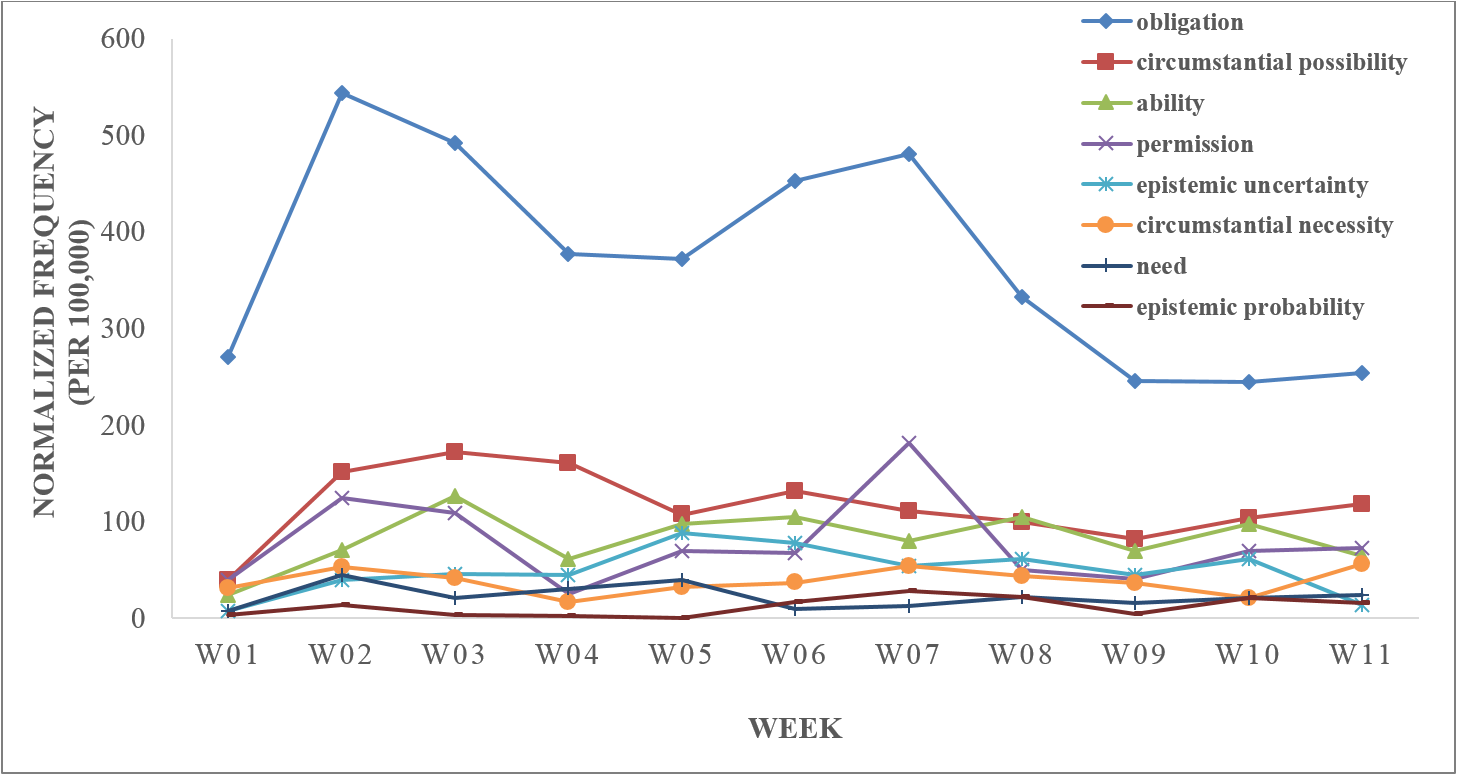 Figure 2. Chronological occurrence of modal types on a weekly timeline

We also observe the normalized occurrence with respect to word count of news reports on a daily timeline in Figure 1 and weekly timeline in Figure 2. The temporal variation depicts a process of employing the rhetoric of obligation that immediately peaks in the second week, followed by a lower peak in the seventh week before gradually reduced in the third month, over the period in which social order was lost and regained, social activities was disrupted and restored.

Table 5 compiles the top five verb semantics, ranked by the occurrence frequency and ratio, associated with the use of each modal verb in a sentence. This helps provide a better rhetorical picture of what is being said, appealed, urged, or even warned. Overall, we observe a rhetoric sense of strict attitude and firm stance on exercising and restoring control of social order.

In conclusion, our study seems to indicate that modality is an effective linguistic feature for extracting narrative stance and provides a convenient contextual view of a corpus. Our future work includes examining more comprehensive modal expression and evaluating against corpora of various historical context.