Students and researchers are used to study on books and printed articles, underlining and taking notes on the text itself in the meantime.

Pundit (http://thepund.it/) allows to perform the same actions on any web page, being it an online magazine, a blog or a digital library. In fact, Pundit (Morbidoni et al., 2015) is an open source suite of applications that allows users to build semantic annotations with different levels of expressivity on web pages, collaborating in the meantime with others. The knowledge base created by annotations can be reused inside the Pundit applications or by external third party projects.

Pundit implements a client-server architecture and is made up of several components which interact with each other, but, if needed, are able to work independently: 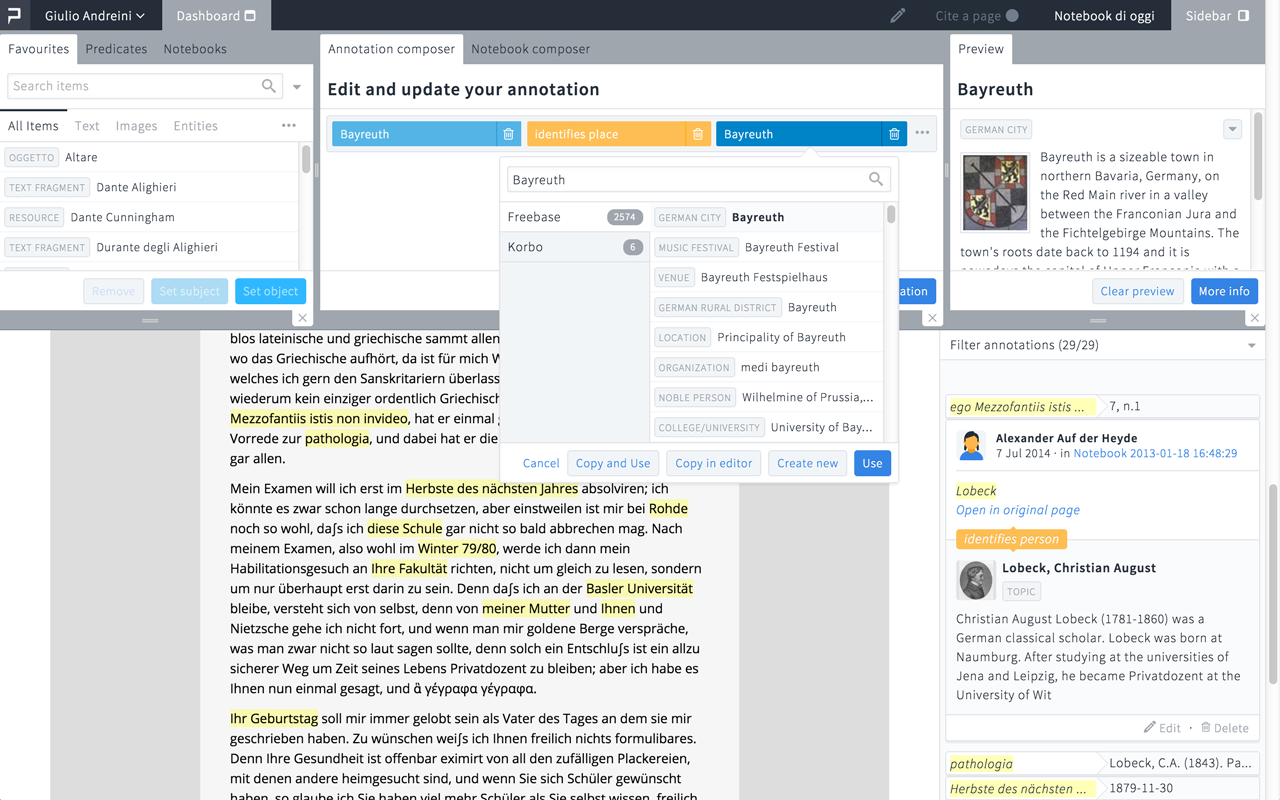 By using Pundit, users contribute to create a new knowledge layer on top of web pages, thus enriching the web of data.

Thanks to the possibility of sharing public annotations, adding comments to or evaluating existing annotations, Pundit can be portrayed as a collaborative platform, allowing the users to cooperate and share their results with workgroups, thus enabling revisions and a form of peer reviewing. Saved annotations are collected in notebooks that can be made public or private.

Users are able to visualize and manage their annotations in the so-called ‘Annotations Manager’. Besides browsing their notebooks and performing advanced research, there users can export their collected data in various standard formats. In this way, is possible to save copies of collected data, to be potentially exported in different systems, compliant with the Web Annotation standard. 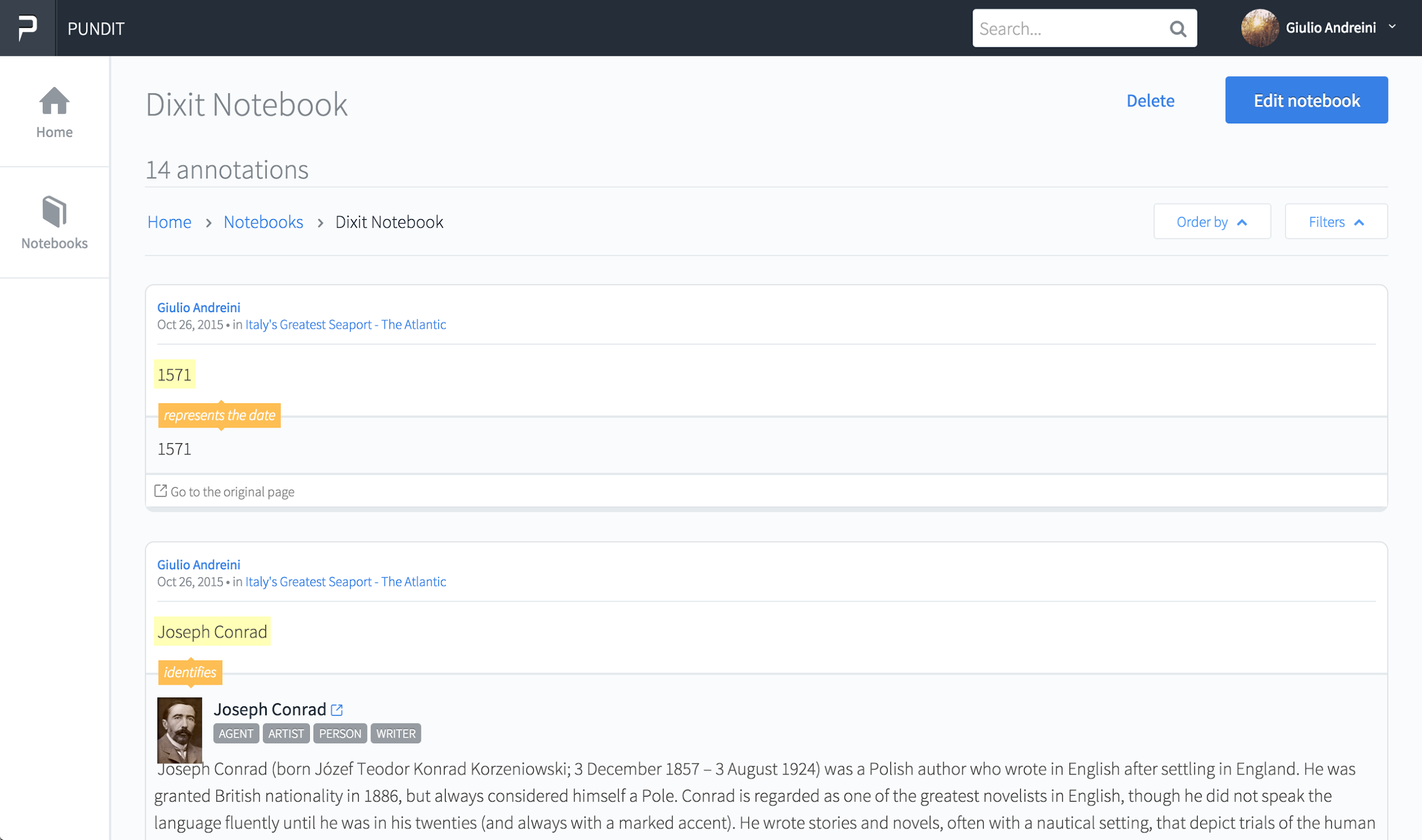 The Annotation Server implements a set of REST APIs, which allow to expose public resources through content negotiation. The knowledge base can be integrated in third party projects such as Digital Libraries 1 and be used to build advanced research systems or advanced semantic data visualizations.

In these last years the software underwent continuous refactoring with the objective to make it more and more modular and adaptable in several contexts. Besides the graphical interface flexibility, with its pro and light modes, the client allows the use of custom vocabularies and ontologies.

Pundit can be customized for tailor made projects where requirements lie outside its standard features. Starting from open source code new features not present in the original version are developed.

The first version of Pundit was developed from 2010 within the EU Semlib project (http://cordis.europa.eu/result/rcn/57391_en.html). Then in 2012 the development continued in the context of the EU DM2E project (http://dm2e.eu/). In 2014 the StoM project (http://www.stom-project.eu) started with the aim of bringing Pundit in the market as a software-as-a-service platform. Specific features of Pundit are also under development within EU Europeana Sounds (http://www.europeanasounds.eu/) project.

Pundit is used for semantic annotations in research projects such as the ERC AdG LOOKINGATWORDS (http://cordis.europa.eu/project/rcn/102545_en.html) and ERC AdG EUROCORR (http://www.burckhardtsource.org) funded projects. In both applications it is used by teams of researchers to semantically enrich the corpus of text of their digital library.