Ruthenian (Volhynian) Metrica is a complex of books of acts of ruthenian (from Ruthenia) series of Crown Chancery of the Polish-Lithuanian Commonwealth. 29 books in which more than 3,5 thousand acts are entered were a part of the Metrica. The main part of documents is written in the Cyrillic letter of Ruthenian language. Other part of acts is written down by the Latin letter on Latin or Polish. Copies of confirmations (privilea) and the decision of royal court are entered in books (decrees). Therefore Ruthenian Metrica consists of books of two types: blotters and books of decrees. Each act has the original name. All acts are rather precisely dated. Documents of the Metrica can be divided into two categories conditionally: simple and compound. Compound documents usually contain literally entered copies of other acts (vidimus) in the structure. Usually entered as private-law acts (for example, wills or donative), and decisions of local courts.

For the purpose of ensuring broad access for historians to documents of the Ruthenian Metrica on department of history of the Oles Honchar Dnipropetrovsk National University (Ukraine) the project on creation of the Web publication of such complex of sources is carried out. Implementation of the project assumes creation of an online-resource in which will various opportunities of presentation and the analysis of documents are integrated.

The concept of the Web version of a complex of acts of this book provides possibility of simultaneous display as the digitized images of pages, and their paginal transliteration in a text format. Access to all acts of the book is provided from the initial page where the general register is placed (fig. 1). The register allows to open its PDF version according to the name of the document or at the choice of number of a leaf to pass to the corresponding Web version (fig. 2). In each case the accompanying information on a place of storage of the original of the act is submitted. It is possible to see documents both in a hand-written form, and in the transcribed (fig. 3). As the cursive writing still kept portable letters, and in the electronic text means of HTML transferred such feature of the letter. It is possible to increase the digitized image of the page of the document in a separate window, having activated the reference (fig. 4). The hypertext structure is comfortable also that regarding the electronic text it is possible to bring later references to the connected documents of other books of Ruthenian, Lithuanian or Crown Metrica, magistrate or territorial government or judicial books both archival, and published. Similar additions can concern a personnel, toponyms or hydronyms, groups of documents, special terminology, etc. For transition between pages of the book the corresponding interactive references in a type of numbers of sheets are provided in the top and lower part of the displayed document. The user can always return to the general register of acts of the book from any looked-through page according to the universal reference "Register". The marking of text part on the basis of the TEI standard allowing to process the free text is in the long term planned.

At this stage quality of images of pages of the book rather low in connection with a digitizing of a monochrome microfilm on which they were finished shooting as a backup copy of storage more than three decades ago. Respectively esthetic registration of insufficient level. However in this case images carry out rather confirmation function, allowing the user, to get acquainted with paleography of acts and to make sure of correctness of the transcribed text and if necessary to offer the specifications. Replacement of images on better is defined not so much technological, how many by legal and financial factors.

This project is interesting also to that it has also didactic value. Such form of submission of documents carries out functions as visual aid in which various samples of paleography of a Ruthenian cursive writing and the corresponding transliteration, and the simulator for creation of the Web version of the case of hand-written sources are presented. 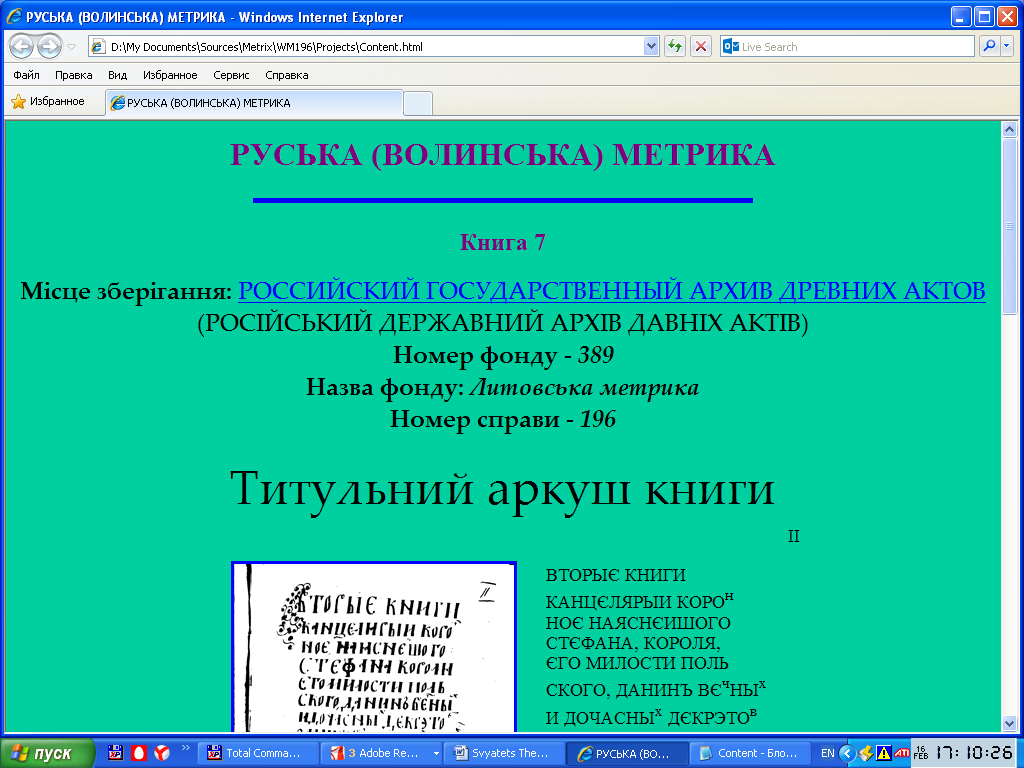 Fig. 1. Initial Site for Access to Acts of the Ruthenian metrica 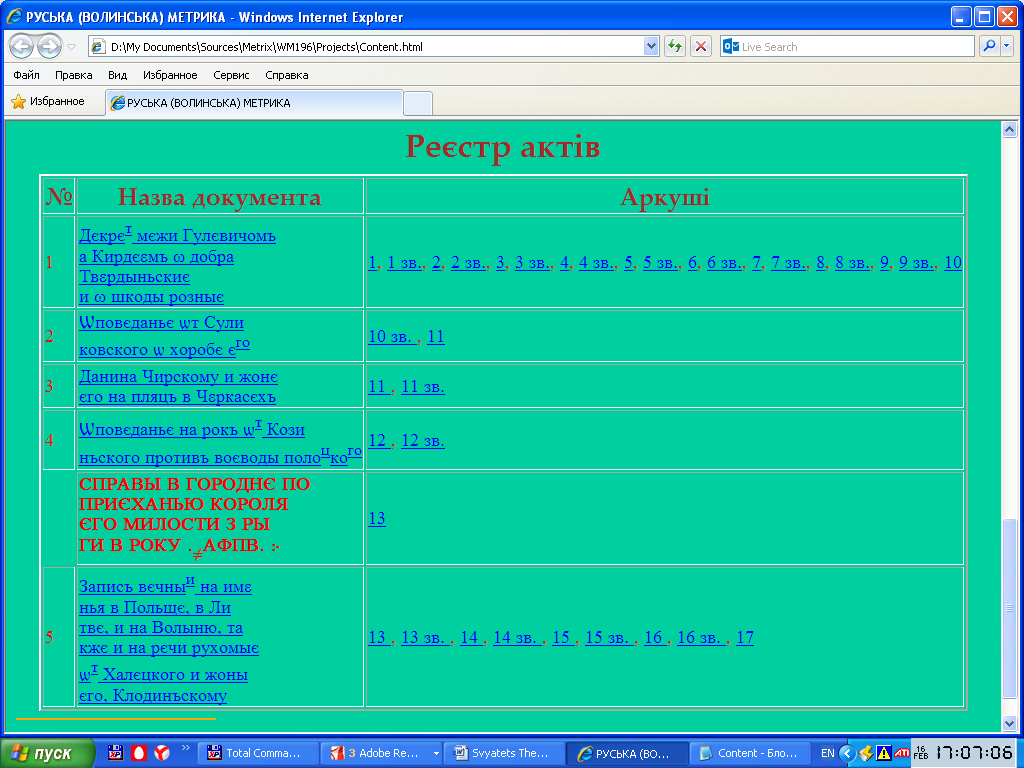 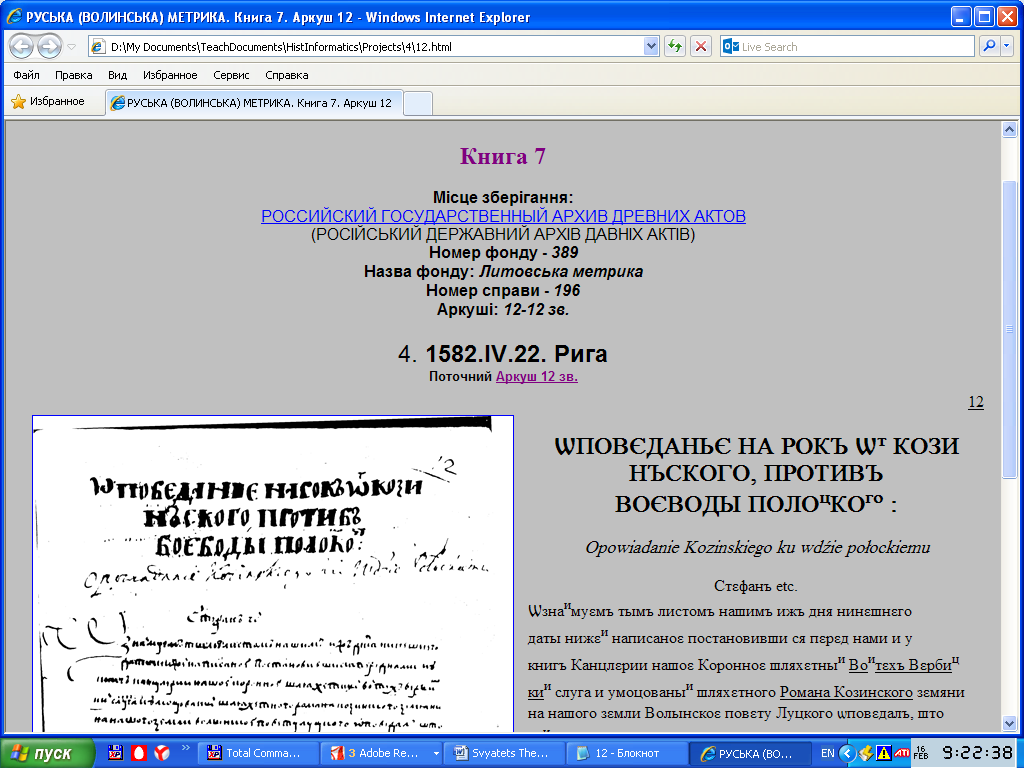 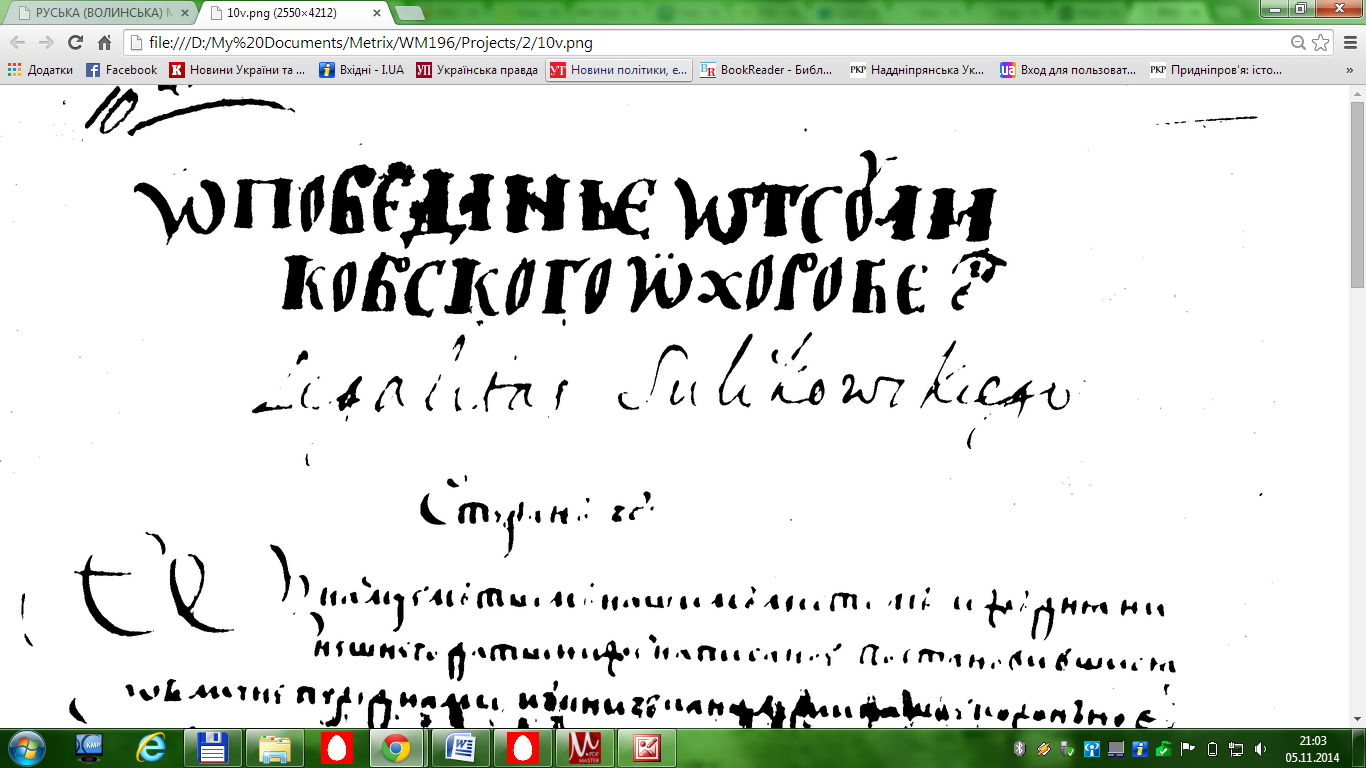