On the Distant Reading of Musicians' Biographies

The Bavarian Musicians Encyclopedia Online (Bayerisches Musiker Lexikon Online, BMLO) is a web-based platform that provides access to biographical information about musicians associated to Bavaria's music history (BMLO, 2016). Most of the musicians contained in the corresponding database had an active lifetime period living in Bavaria or a considerable influence on Bavaria. Initiated in 2004, the musicians database contains biographical data about nearly 28,000 musicians now. This suggests the rather global scope of the BMLO – underpinned by many musicologists worldwide using the BMLO for their daily work. The screenshot in Figure 1 shows the BMLO entry for the composer Gustav Mahler.

Figure 1: Biographical information about Gustav Mahler in the BMLO

A recently published article facilitates the profiling of musicians based on the BMLO (Jänicke et al., 2015). The profile of a musician of interest can be visualized, and according to biographical information, similar musicians are determined in a semi-automated process (MusikerProfiling, 2016) . A profiling result for Gustav Mahler is shown in Figure 2. Although the profiling system has been proven useful for the collaborating musicologists, it does not support generic research questions like “In which cities Roman Catholic conductors worked during the 18th century?” or “What are the differences and similarities among the careers of pianists and violinists?” Therefore, the musicologists desired a system that facilitates the dynamic exploration of musicians’ characteristics with the help of interactive visual interfaces. The design of the resultant visualization system is outlined below. 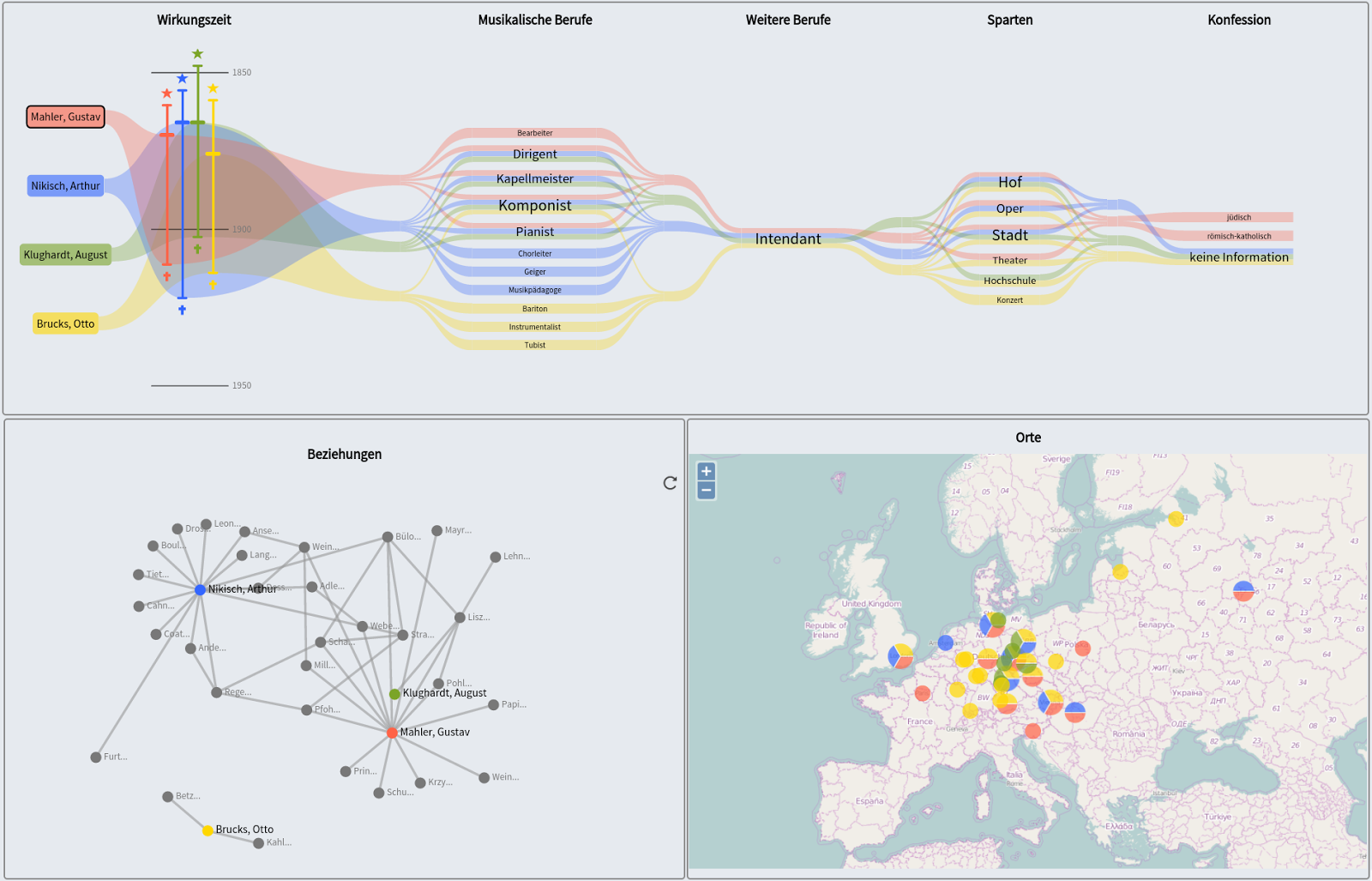 To support the dynamic exploration of musicians' biographies, we provide various views that visualize aggregate biographical information of musicians inherent in the database. For the divisions where musicians worked, we use a tag cloud (Fig. 3a). As musical (Fig. 3b) and further professions (Fig. 3c) are organized in a hierarchy, we apply a sunburst technique tailored for such structures (Stasko et al., 2000). A map plots all places of activity (Fig. 3d). Using GeoTemCo (Jänicke et al., 2013) for that purpose, occluding dots are clustered and metropolises of music history, e.g., Munich, Vienna and Berlin, are salient as large circles. To illustrate the denominations of musicians, we use again a tag cloud (Fig. 3e), and a pie chart to visualize musicians' sexes (Fig. 3f). Finally – based on the dates of birth, the first mentioned dates and the dates of death – we define an activity time for each musician. The aggregate of all activity times is shown in a timeline graph (Fig. 3g). With mouse interaction, each view can be used for filtering purposes. So, the investigation of rather generic research questions in musicology gets possible.

Figure 4 shows the filter steps required to explore in which cities Roman Catholic conductors worked during the 18th century. The first filter is applied in the denomination tag cloud (Fig. 4a) by clicking “römisch-katholisch” (Roman Catholic). Then, we select “Kapellmeister” (conductor) in the musical profession sunburst plot (Fig. 4b). Finally, dragging a time range from 1700 to 1800 in the timeline (Fig. 4c) filters the dataset from around 28,000 to 72 musicians, and their places of activity get visible in the map. 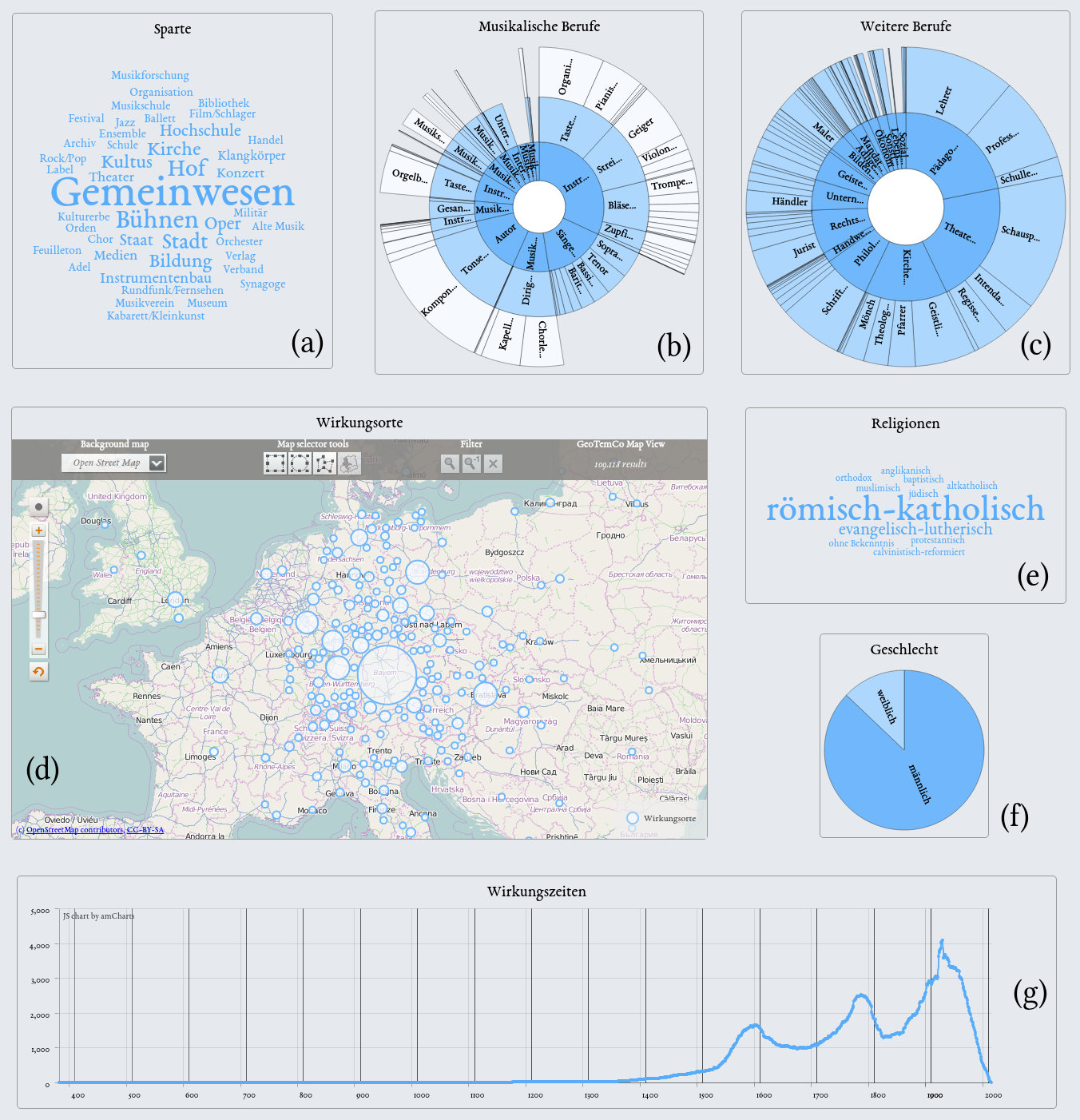 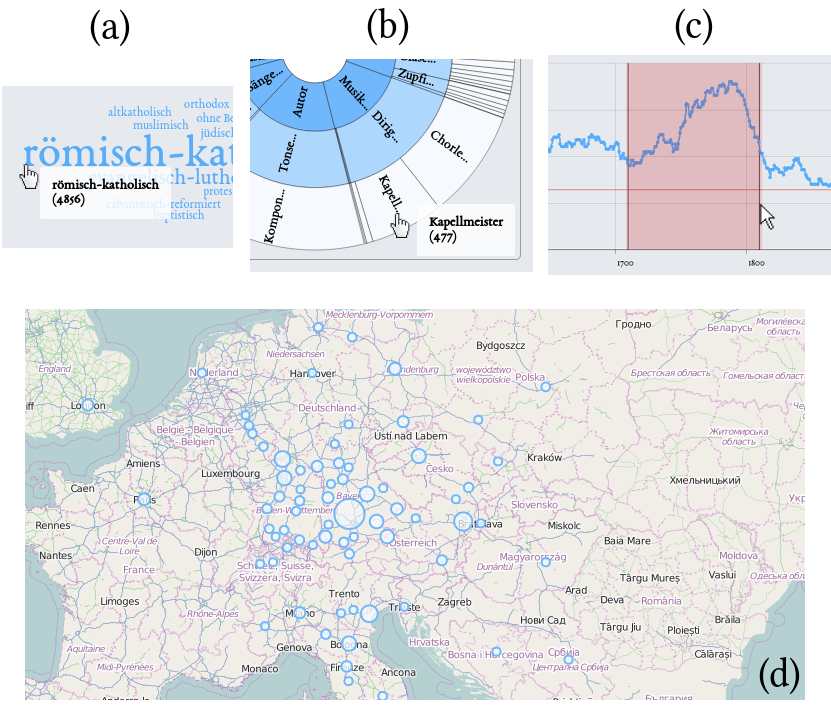 Figure 4: Exploring the question “In which cities Roman Catholic conductors worked during the 18th century?”

The system also supports the comparison of musicians groups. An example is given in Figure 5, which investigates the differences and similarities among the careers of pianists and violinists . We are using different colors to mark the attributes of violinists (yellow) and pianists (blue). The several views are slightly modified to support the comparative analysis. Looking at the result, some initial conclusions can be drawn:

In our poster presentation, we will illustrate the above outlined design of the visualization system. In addition, we would demonstrate typical usage scenarios from the collaborating musicologists. 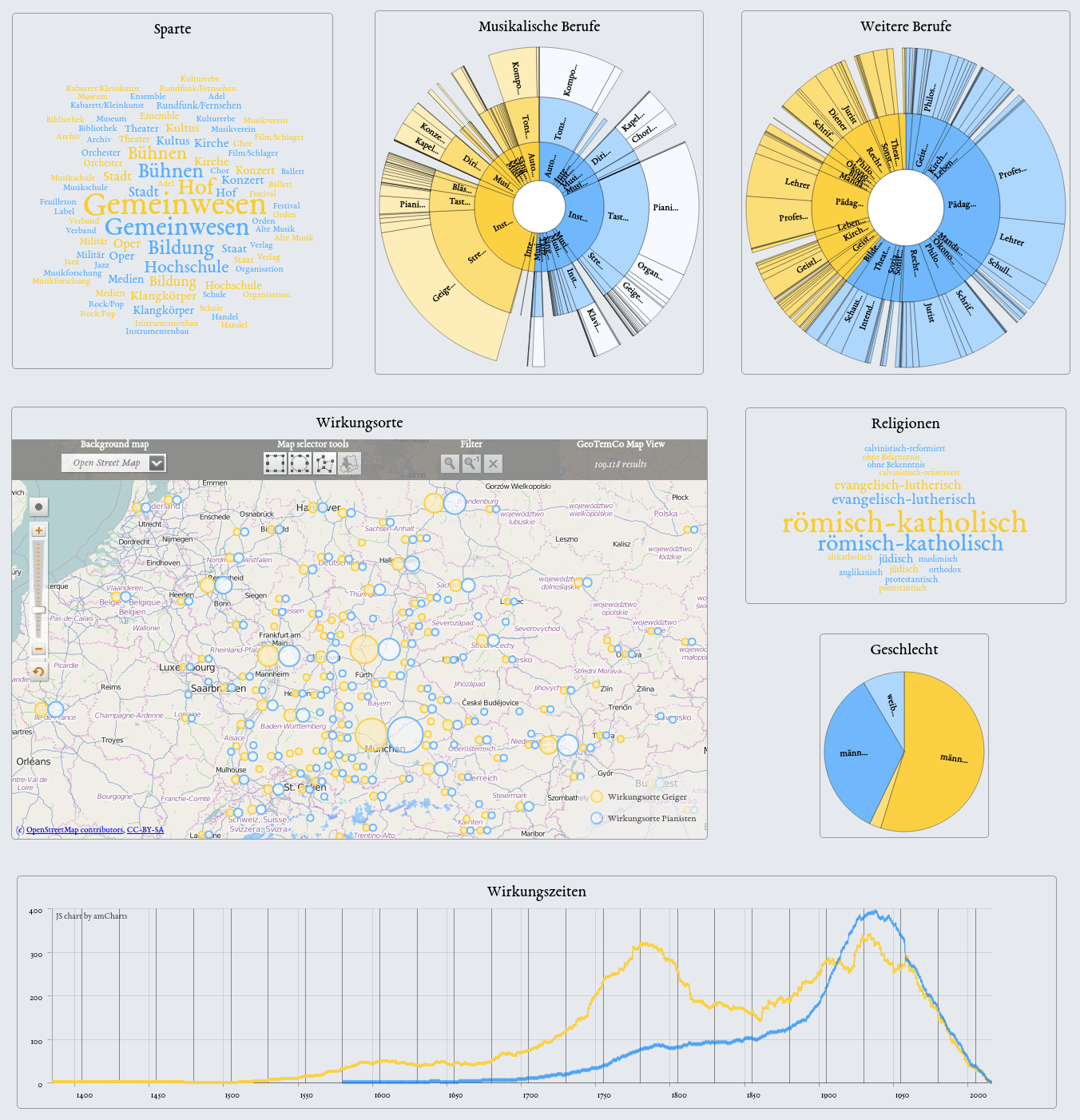 Figure 5: Exploring the question “What are the differences and similarities among the careers of pianists and violinists?”
Bibliography