Computers on Law and Order 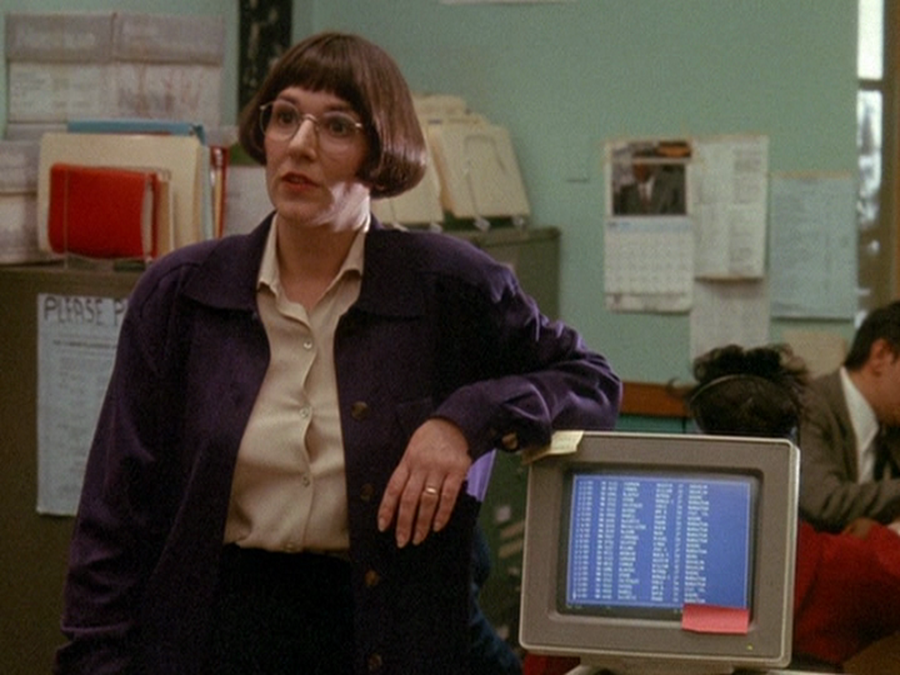 Detailed accounts have been written of mainframes and cloud computing, social media and online commerce, but there are few books about the more humble aspects of technological culture. Screensavers, bubble-jet printers, computer desks, and other physical technologies are thrown in the trash or overwritten with new versions; the way we talk about computers, the “Web,” and the ways technology shapes culture has changed considerably since the birth of the PC. This paper examines how we can find anthropological details about our relationship with technology through popular media, specifically the television program Law and Order.

In 2012, I was commissioned by the new media arts organization Rhizome to create a project recording every computer on Law and Order. After watching all 319 hours of the show (or the equivalent of about two straight months watching 40-hours a week) and extracting approximately 11,000 screenshots of computers and related technologies, it is clear that Law and Order forms a unique database of images and speech, and one that reflects the fascinations, fears, and biases of its time. Law and Order’s long run and its “ripped from the headlines” content makes it a useful lens with which to look at a period of great political and economic change in the United States. In particular, the show coincides with a major cultural shift: the rise and eventual ubiquity of computers and networked technologies over a crucial 20-year period in technological history.

Using my Computers on Law and Order project as a case study, this paper focuses on how these kind of details that can be unearthed from popular media, and that in fact such sources may be the only way to recover the most mundane details. Through a series of categorized screenshots and quotations, I examine several pathways through the archive of the show: the physical infrastructure of computers from shared desktop terminals to smartphones, the development of software interfaces from often-faked text-only input to interactive graphical user interfaces, and peripherals such as mice and printers.

The project can be viewed at: http://www.computersonlawandorder.tumblr.com