Hearts and Minds: the Interrogations Project is an interactive virtual reality artwork developed by an interdisciplinary team including humanists, social scientists, artists, and computer scientists from four different universities. The project attempts to extend and make accessible difficult narratives of war and abusive violence based on actual accounts from soldiers involved. The work offers models for engaging with testimony and oral history. It uses visualization to build new discourse around challenging topics and to bridge concepts that enable storytelling. While many uses of visualization technologies are focused on providing accessible representation of “big data,” in this case, the technologies are being used as a narrative platform to represent a complex contemporary issue and to provide a platform for discussion and debate of military interrogation methods and their effects on detainees, soldiers, and society.

Hearts and Minds makes use of the CAVE2 TM environment for a multisensory artwork addressing a complex contemporary problem: as American soldiers are returning from wars in Iraq and Afghanistan, it is becoming increasingly clear that some of them participated in interrogation practices and acts of abusive violence with detainees for which they were not properly trained or psychologically prepared. This has in turn left many soldiers dealing with Post-Traumatic Stress Disorder after their return home. More than 1.8 million US troops have served in Iraq and Afghanistan, with 37% having been deployed at least twice (Litz, 2009) The mental health impact of these wars is still under research as many veterans are at risk for chronic PTSD. American soldiers and citizens are left with many unresolved questions about the moral calculus of using torture as an interrogation strategy in American military operations. 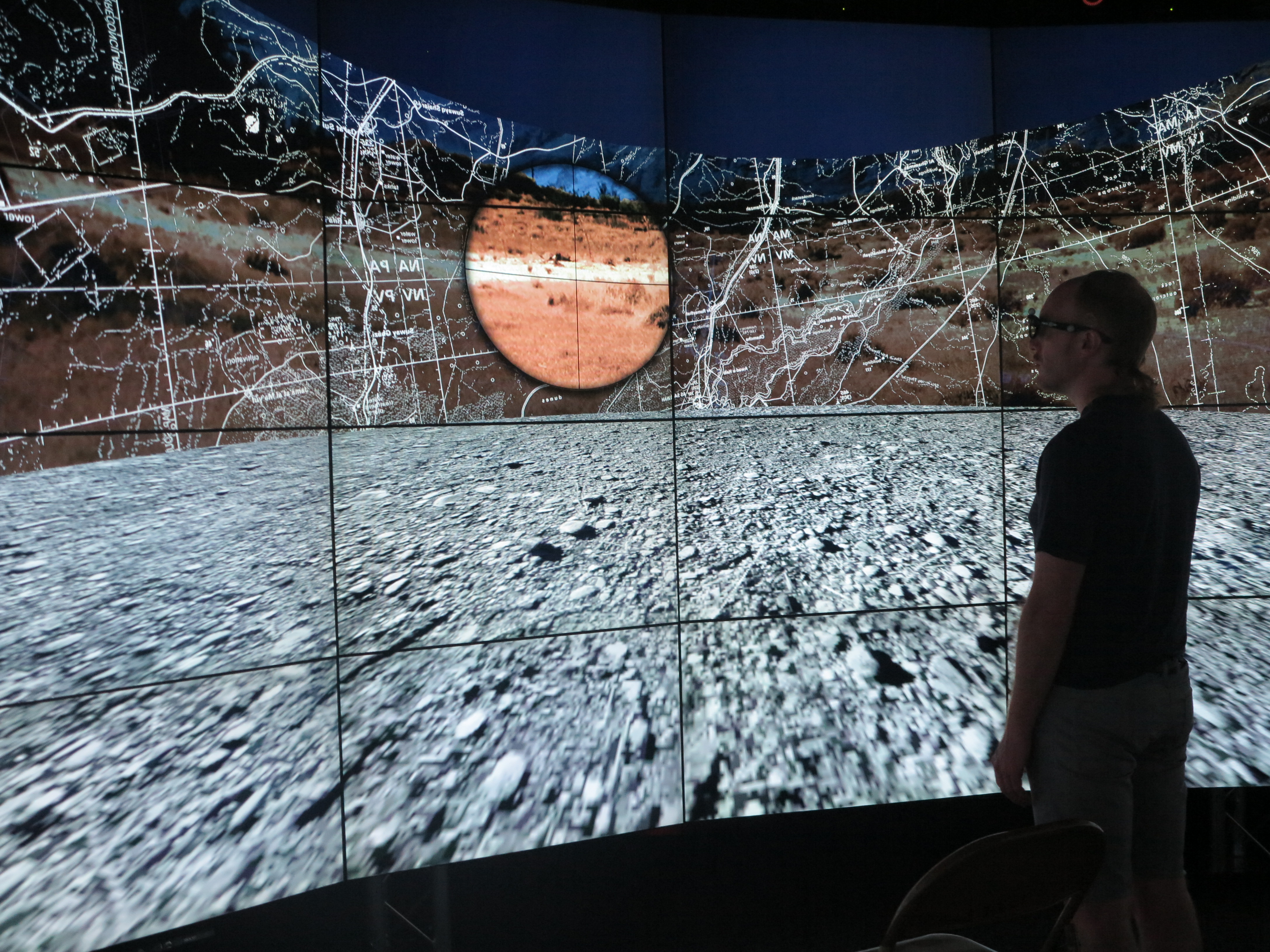 Fig 1. A performer interacts with the CAVE2 version of Hearts and Minds at the EVL in Chicago

Hearts and Minds bridges art, computer science, and social science research. Artist Roderick Coover (Temple University) and writer Scott Rettberg (University of Bergen) worked with the research scholars John Tsukayama and Jeffrey Stevenson Murer (St. Andrews University) to distill central themes and stories from the significant and extensive research project—based on hundreds of hours of original interviews with veterans—carried out by Tsukayama (Tsukayama, 2014). These interviews include revelations of a highly sensitive nature, including narratives of participation in acts of abusive violence that entailed violations of human rights. The interviewees granted Tsukayama the right to use their stories in his dissertation and in subsequent research outcomes derived from it, provided that their identities remained anonymous. The tapes of recorded interviews were destroyed after transcription, except for short samples to prove their authenticity, and Tsukayama did not retain any personal contact information for the soldiers he interviewed. The text was condensed into an accessible and coherent set of stories that would preserve the accuracy of the testimonies while voice actors would perform the roles of veterans, further assuring their anonymity.

Coover and Rettberg worked with artist Daria Tsoupikova and scientist Arthur Nishimoto at the Electronic Visualization Lab (University of Illinois at Chicag, 2014) to transform this controversial and challenging research into an accessible form through visualization and dramatization. Together they developed an interactive virtual environment with imagery, 3D models and panoramic photographic backgrounds to bring story elements together. Working across these environments allowed new kinds of connections to be made between home spaces and battlefields, and between domestic objects and the memories they become attached to.

The voice recordings performed by Philadelphia-based actors were integrated with interactive media elements in a peformative interactive environment. Objects, 3D environments, textures, and some animations were developed in Maya (Autodesk Inc., CA). Maya speeds up the production process through its rich selection of tools supporting all stages of modeling, including surface creation and manipulation, texturing, lighting, rigging, and animation. The visual, auditory and narrative elements were brought together in the Unity platform (Unity Technologies Inc., CA), software that is typically used by computer game developers. The getReal3D plugin for Unity developed by Mechdyne Corporation is used to run Unity across the CAVE2™ cluster (Mechdyne Corporation, 2014). User interaction was scripted using the Omicron (Electronic Visualization Lab, 2014) input abstraction library developed by EVL.

In its first iteration, Hearts and Minds was presented as public performances at the University of Illinois Chicago Electronic Visualization Lab in June and July 2014 (Galatzer-Levy, 2014). Chicago-based performance artist Mark Jeffrey led a performance of the interactive work. As the audience entered the space, they found themselves in a temple environment listening to each of the four soldier character’s stories of enlistment—why they originally chose to become soldiers and what motivated their perspectives on the purpose for military service.

Jeffery then led the audience to the boy’s room, where activating four individual objects launches stories of first encounters with abusive violence in military experience, such as in hazing rituals during basic training, or after first arriving in Iraq. When each trigger object is selected within the 3D visual space, the domestic space falls away and a surreal desert landscape is revealed. This transition serves as a metaphor for the interior state of the individual solider, as it is coherent with accounts of soldiers experiencing Post-Traumatic Stress. It is also intended to bring audience members into a “listening state” where they can focus on the individual voices and the issues they raise. Objects in a living room space and a suburban backyard move us further into the field of battle, and there we encounter harrowing stories of interrogation, torture, and moral conflicts confronted differently by each of the characters.

An important component of the performances of Hearts and Minds is that the experience of the artwork is followed by audience discussion. The ultimate purpose of this work is to promote dialogue and debate about the contexts and circumstances of the use of torture in battlefield torture in recent history. In this sense the project shares an aim with Augosto Boal’s Theatre of the Oppressed, in that attempts to offer audiences “the aesthetic means to analyze their past, in the context of their present, and subsequently to invent their future, without waiting for it.” (International Theatre of the Oppressed Organization, 2014) During a 2015 presentation of the project at the Oslo Human Rights Film Festival (Coover et al., 2015), discussion participants included both a veteran police interrogator, who shared his experience that more humane methods of interrogation than torture were universally more effective, and a number of prisoners of conscience who had themselves been subjec to abusive violence and felt provoked by the work to share their own experiences as victims of torture.

One of the challenge for makers of immersive virtual reality artworks, particularly those developed in CAVEs and other custom-built VR environments is that these artworks tend to be more often read about in the literature of the field than experienced first-hand. The CAVE2™ at the EVL for example is an active research lab facility with keycard access at the center of a large engineering building on the UIC campus. Hearts and Minds has been shown there at several special events and on specially arranged tours, but it is not the ideal accessiblity situation to reach a broader audience. Because Hearts and Minds was developed in Unity, it is possible to port the application to other environments. In order to make the work more accessible for new audiences, the Hearts and Minds team is developing new versions of the work: a Mac OS standalone application suitable for cinematic performance or installation (Coover et al., 2014), a Unity web-player version which will be published on the World Wide Web and will be accessible freely to the public, a version suitable for iPads and other tablet computers, and a version for Oculus Rift. The stand-alone application version has been used for performances in cinema enivronments in Paris, Bergen, Oslo, Krakow, Michigan, and elsewhere, and the other application versions will be publically released in 2016. 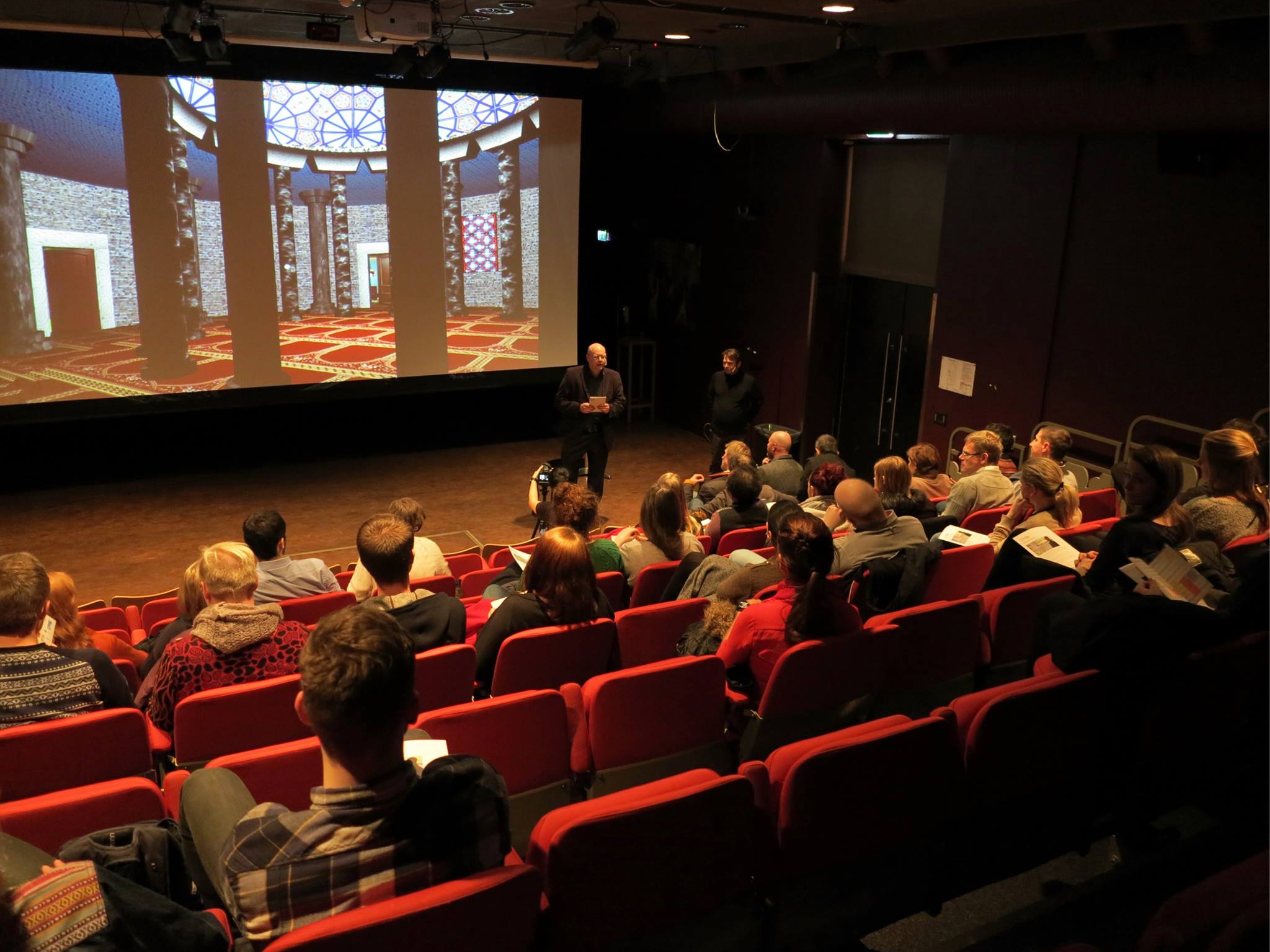 Fig. 2 Presentation of the interactive cinematic version of Hearts and Minds at the 2015 Oslo Human Rights / Human Wrongs festival

The Hearts and Minds team is currently developing the tablet version of the work, which will include both the tablet (iPad and Android) application, and a package of contextualizing essays, interviews and commentaries both specific to the work and that provide more detailed treatments of the issues the work raises. These essays and interviews will for example contributions by political scientists and social scientists about the situations out of which abusive interrogations practice emerged, contributions by digital humanists considering interactive media artworks as a mode of critically and socially engaged research, and contributions by designers and computer scientists considering the history and technologies involved in virtual reality art. Coover and Rettberg’s long paper for DH 2016 will include a presentation of this new version of the project, and will further situate Hearts and Minds in an emergent corpus of critically engaged new media art.